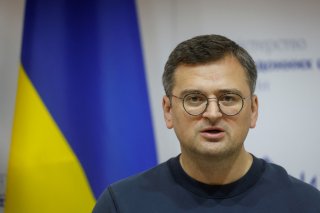 “Following the morning attacks on Kyiv alone, at least 8 people have been killed and 24 injured,” Kuleba wrote, noting that Ukrainian rescue workers continued to find more bodies. “Russia launched its terror campaign during the morning rush hour ... [Its] aim was to cause the utmost death and destruction among civilians.”

“Put all together, [the] actions aimed at Ukrainians by Russia since 24 February and today’s attack amount to genocide,” Kuleba wrote. “Under such devastating circumstances, I took the decision to interrupt my Africa tour and return immediately to Ukraine. I am extremely grateful for the warm welcome and hospitality provided to me in Africa.”

The Russian invasion of Ukraine has negatively impacted several African countries, due to the continent’s reliance on grain imports to feed its rapidly-growing population. Prior to the invasion, Ukraine was one of the world’s largest grain exporters; when the invasion abruptly cut off the supply, grain prices around the world skyrocketed, leading to an increase in hunger in poorer areas. Kuleba’s visit to Africa was intended to reassure the continent that Kyiv would continue to try and scale up its exports. However, the Ukrainian foreign minister also sought to sway several African governments to abandon neutrality in the conflict and openly support Ukraine.

“[Russian leader Vladimir] Putin’s terror is directed not only against the people of Ukraine,” the foreign minister wrote. “It targets the fundamental principles of humanity, the right to live in peace, dignity and security—all of which is of the highest value to all African societies. I call on African nations to stand by international law, territorial integrity and peace.”

The United Nations General Assembly is scheduled to vote next week on a resolution condemning Russia’s recent “annexation” of four Russian-occupied territories in southern and eastern Ukraine. Although the measure is widely predicted to pass, many African nations are expected to abstain, in line with their votes on previous Ukraine-related resolutions.