The Ultimate Dilemma: Should the United States Recognize the Taliban as Legitimate? 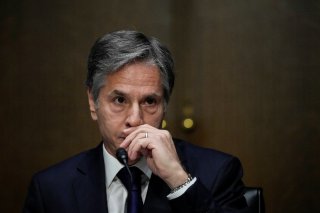 As the last U.S. troops evacuated Kabul’s airport, Taliban insurgents rushed in wearing American uniforms—a powerful image that perfectly captures the failure of the two-decades-long Global War on Terror. Ironically, the Taliban regime that the United States removed from power was back with a vengeance just in time for the twentieth anniversary of the September 11 attacks.

In the past half-century, Washington has diplomatically disengaged with Afghanistan twice: first, in 1989 after the Soviet troop withdrawal and, second, just recently following the U.S. pullout. Like it did in 1989, the U.S. embassy in Kabul shut down its operations last month and left Afghanistan in a power vacuum—one that will surely be filled by long-standing American adversaries.

As the Taliban storms the last bastion of the Afghan resistance in the Panjshir Valley and its plans to form an “inclusive” government falter, the Biden administration is left with a bitter choice: recognize the Taliban as Afghanistan’s legitimate government or ignore the acerbic reality.

If the Biden administration opts to recognize the Taliban, then Islamist fundamentalists will claim victory over what they will perceive as the waning American superpower. But, if the administration ignores the situation, then a complete disengagement will reintroduce Afghanistan as the flourishing terrorist safe haven that it was in the 1990s.

To recognize or not to recognize the Taliban has been an age-old dilemma for Washington. In the 1990s, only Pakistan, Saudi Arabia, and the United Arab Emirates —three of America’s so-called closest partners—recognized the Taliban. But now three of America’s adversaries Russia, China, Iran, and Pakistan have kept their embassies in Kabul open and may form tacit agreements with the new government. All four powers are currently levied by U.S. sanctions and are increasingly turning to the Taliban for cooperation.

Turkey, a member of the North Atlantic Treaty Organization, and Qatar, a third-party mediator, have also reached out to the Taliban to establish operational control of the airport while simultaneously exerting their regional influence. India, a critical U.S. strategic partner, has also opened a channel of communication with the Taliban to engage in some level of dialogue and work to prevent future terrorist attacks in Kashmir.

Meanwhile, the United States is still undecided on the future of its engagement with the Taliban, and the question remains: How long will the Biden administration wait after its hasty withdrawal to draw up an after-action plan?

Instead of recognizing the Taliban as the legitimate Afghan government or diplomatically disengaging with the country wholesale, the Biden administration can pursue a third option, one where U.S. recognition of the Taliban, in accordance with international law, can be temporary and conditional. Capitalizing on this gray area of de facto recognition will enable Washington to avoid the strategic blunders of the 1990s and maintain a level of regional influence.

Secretary of State Antony Blinken has already referred to the Taliban as the “de facto government of Afghanistan” during a contentious congressional hearing on Monday, September 13. Although de facto recognition of the Taliban may be met with pushback from the American public and pose political risks for the Biden administration, de fact recognition would still be prudent for three main reasons.

First, a diplomatic presence in Kabul will allow Washington to monitor human rights violations, particularly regarding minorities and women, and to prevent international terrorists from flourishing in Afghanistan. The chance that Afghanistan will once again become a terrorist safe haven cannot be ruled out. Chairman of the Joint Chiefs of Staff General Mark Milley recently asserted, “My military estimate is…that the conditions are likely to develop into a civil war. I don't know if the Taliban is going to [be] able to consolidate power and establish governance… I think there's at least a very good probability of a broader civil war and that will then, in turn, lead to conditions that could, in fact, lead to a reconstitution of Al Qaeda or a growth of ISIS or other myriad of terrorist groups.”

Rather than wasting the precious blood and treasure that went into America's longest war, a residual presence of diplomatic or intelligence capabilities should remain as the driving force behind the new U.S. mission in Kabul: to avoid further humanitarian crises, ensure safe passage for Afghans who worked with the international community, monitor human rights violations, and persuade the Taliban to form an inclusive government.

Third, the Taliban is a force that must be taken seriously—it has de facto control of Afghanistan. The United States must develop a prudent regional strategy that fits into its grand strategy calculus. Washington no longer has the luxury of ignoring the bitter dilemma on the ground in Afghanistan, but it should not swing to the other extreme and grant de jure recognition to the Taliban.

Like the Vietnamese did in Saigon in April 1975, tens of thousands of vulnerable Afghans scaled the walls of the Kabul airport in hopes of fleeing the Taliban. The striking resemblance between the final hours of both wars proves that history has indeed repeated itself. But this time Washington should not wait a quarter of a century before establishing some form of governmental recognition that advances the interests of the United States and ordinary Afghans. For a long time, guns were Washington’s policy in Afghanistan. Now U.S. diplomacy should take the lead.

Arash Yaqin is an M.A. candidate and National Security Analyst at the Institute of World Politics in Washington, D.C. with a focus on Countering Violent Extremism and the Great Power Competition in South and Central Asia. Formerly, he collaborated as a UN capacity-building advisor for the Afghan Ministry of Foreign Affairs, Afghan Institute for Strategic Studies, and as a senior cultural affairs advisor for the U.S. Embassy in Kabul.

Saba Sattar is a doctoral candidate of Statecraft and National Security at the Institute of World Politics in Washington D.C. She specializes in the Indo-Pacific region, with challenges ranging across the conflict continuum from low-intensity conflict to Chinese revisionism.