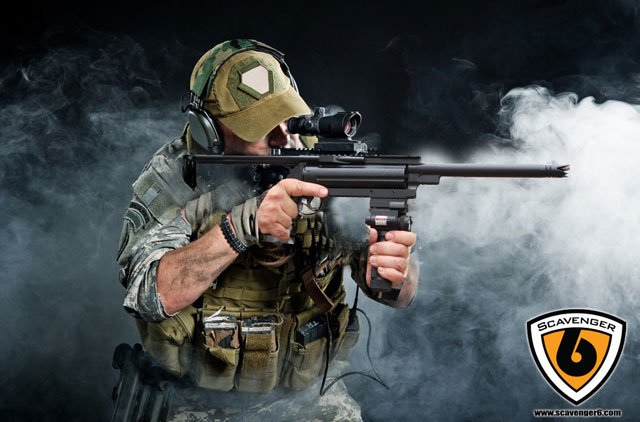 
The rifle can fire 21 different calibers of ammunition just by switching out the cylinder barrel, referred to as a CB. However, Ralston notes that if there’s a specific caliber you want, it can be custom ordered, though there are some exceptions: No .50-cal ammo, guys, don’t be ridiculous.