The Ultimate Military "What If": Imagine if the Stealth F-35 Never Happened 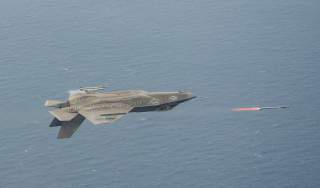