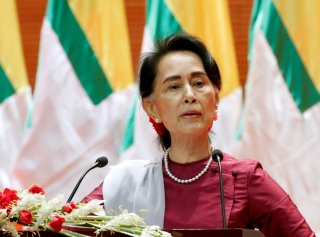 United Nations special envoy to Myanmar (Burma) Noeleen Heyzer announced on Monday that she would only return to the country if she were allowed to visit former State Counselor and Nobel Peace Prize recipient Aung San Suu Kyi, who was arrested by the Burmese military during the country’s coup d’etat in February 2021 and later sentenced to prison.

Heyzer’s announcement came during a seminar in Singapore when she declared that she was “very concerned” about Suu Kyi’s health following her prison sentence and would not legitimize the military junta through another visit.

“If I ever visit Myanmar again, it will only be if I can meet with Daw Aung San Suu,” Heyzer said, using the “Daw” honorific reserved for respected older women in the Burmese language.

The Singaporean UN envoy and former under-secretary-general visited Myanmar in August and met with junta officials, including its chairman and the country’s de facto leader, Gen. Min Aung Hlaing. Heyzer noted at the time that the UN’s visit did “not in any way confer legitimacy” on the military government, which UN officials have vocally opposed from the outset.

Since the coup, Heyzer and other UN officials have repeatedly requested to meet with Suu Kyi. However, the junta has regularly denied these requests, citing ongoing legal cases against the former Burmese head of government. On Friday, Suu Kyi—already serving a twenty-year prison sentence—was sentenced by a Burmese court to an additional three years in prison for alleged electoral fraud.

A longtime pro-democracy activist within Myanmar, Suu Kyi first won office in 2016, when her National League for Democracy (NLD) party won a decisive victory in the country’s general election. Although the country’s constitution specifically excluded her from the country’s presidency, she assumed the position of State Counsellor, a position akin to a prime minister, when the NLD entered government—a position she held until her deposal and arrest in February 2021.

Although most Western nations have refused to recognize the military junta as Myanmar’s legitimate government and have shunned interaction with Min Aung Hlaing, the general traveled to Moscow over the weekend for consultations with Russian leaders. Moscow has supported the Burmese military government, and the junta has reciprocated through large-scale arms purchases from the Kremlin.

Heyzer continued in her remarks that there would be continued contentions over how to interact with the junta among UN member states, adding that “political solutions [for the country] ultimately cannot be imposed from the outside.”

“The reality is that there is no clear path out of the crisis, and that there will be no easy solutions,” she said.