UN: World Is One Miscalculation Away From ‘Nuclear Annihilation’ 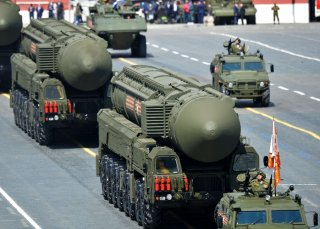 United Nations secretary-general Antonio Guterres warned that repeated escalations of nuclear threats around the world—including the conflict in Ukraine, the impending nuclearization of Iran, and rising tensions in Asia—meant that the world was closer than it had ever been to a hostile nuclear incident, risking the onset of World War III and the destruction of modern civilization.

“Humanity is just one misunderstanding, one miscalculation away from nuclear annihilation,” Guterres said on Monday during his opening address at a United Nations (UN) conference intended to review the Nuclear Non-Proliferation Treaty, or NPT. The conference was originally scheduled to be held in March 2020, commemorating the fiftieth anniversary of the treaty’s entry into force, but was delayed for two years after the onset of the Covid-19 pandemic.

Officials from Germany, Japan, and the United States made similar arguments against the use of nuclear weapons on Monday during the conference’s opening, as did Rafael Grossi, the director of the UN’s International Atomic Energy Agency (IAEA). U.S. and allied officials also used their statements to criticize Russia, which has publicly speculated that it might use tactical nuclear weapons to break the deadlock in its six-month invasion of Ukraine—rhetoric that U.S. secretary of state Antony Blinken described as “reckless, dangerous nuclear saber-rattling.” German foreign minister Annalena Baerbock concurred, claiming that Moscow had engaged in “reckless nuclear rhetoric” that “put…at risk everything the NPT has achieved in five decades.”

In his remarks at the event, Japanese prime minister Fumio Kishida also noted that the proliferation of nuclear weapons across the world had grown since 2015, the last time the United Nations had met to review the NPT. That session, Kishida observed, had ended without a “consensus document” on the future direction of global nonproliferation efforts. The Japanese leader also obliquely criticized Russia, noting that its statements on nuclear escalation during the Ukraine conflict had led to “worldwide concern that yet another catastrophe by nuclear weapon use is a real possibility.”

Although Grossi largely refrained from direct criticism of Russia, he observed that nuclear power plants within Ukraine—including the Zaporizhzhia plant in the country’s southeast, the largest nuclear plant in Europe—had been the site of recent battles within Ukraine. Clashes near nuclear plants risked the possibility that either side could damage the plant and release toxic radiation, Grossi said, creating a situation that was “becoming more perilous by the day.”

Blinken suggested in his remarks that Russia was primarily responsible for the Zaporizhzhia crisis, as it had stationed troops and artillery at the plant and fired at Ukrainian positions with minimal danger of returning fire due to concerns about nuclear fallout. Russia has denied these allegations.

In remarks preceding the conference, Russian leader Vladimir Putin appeared to walk back previous warnings that he might use nuclear weapons in Ukraine, writing in a message on the Kremlin’s website that he believed that “a nuclear war cannot be won and must never be fought.” Representatives from Russia are expected to speak at the conference on Tuesday, as are Chinese officials.