Underwater Coffins: These 5 Submarines Quite Simply Are the Worst Ever 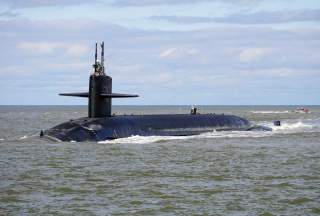 Rather than inflict mayhem on U.S. logistics--much as the German Navy did in the Atlantic, and much as the U.S. Navy did against Japanese sea lanes in the Western Pacific--the IJN allowed transports, tankers, and other vital but unsexy shipping to pass to and fro unmolested. Vast quantities of American war materiel traversed the broad Pacific--letting American forces surmount the tyranny of distance.