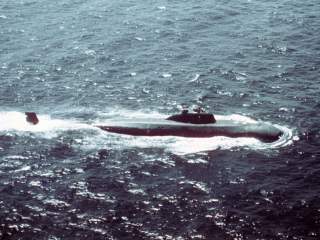 Traditionally, torpedoes use propellers or pumpjets for propulsion. Shkval, on the other hand, uses a rocket engine. That alone is enough to make it fast, but traveling through water creates major drag problems. The solution: get the water out of the path of the torpedo.