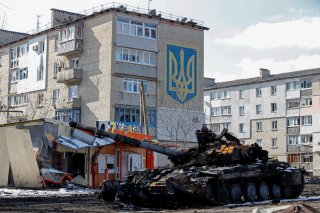 On Tuesday, the UN Office of the High Commissioner for Human Rights (OHCHR) revealed in a report that at least 5,000 civilians had been killed in Ukraine since the onset of Russia’s invasion on February 24. The international organization noted that these were only the confirmed deaths and likely represented only a fraction of the real number.

The OHCHR, which has continued to monitor the human rights situation in Ukraine since the beginning of the war, indicated in a weekly briefing that it had confirmed 5,024 deaths among civilians in the country, with 1,905 men, 1,316 women, roughly 1,400 adults of unspecified gender, and more than 300 children. The group also documented 6,520 injuries, with roughly 1,300 men, 950 women, 550 children, and 3,700 adults of unspecified gender.

The OHCHR report included a regional breakdown of the casualties, and it differentiated between those that occurred in Ukraine proper, in Russian-occupied Ukrainian territories, and in the Donetsk and Luhansk People’s Republics, the two separatist proto-states in Ukraine’s eastern Donbas region. It also broke the casualties down by the months in which they occurred, revealing that more than half of the deaths occurred in March during Russia’s initial all-out attack across Ukraine’s north, east, and south.

Following Kyiv’s rout of Russian forces in the north, saving the capital city, the conflict has narrowed in scope, with Russia primarily attempting to expand its hold over the Donbas region and consolidate its position in the south, including in the southern capital of Kherson. From July 1 through July 11, the OHCHR recorded 159 civilian deaths and 366 injuries, suggesting that July will become the conflict’s deadliest month since April if present trends continue.

The OHCHR blamed most of the casualties on “the use of explosive weapons with wide area effects,” including heavy artillery shells, rockets, missiles, and air strikes—all of which are weapons with indiscriminate effects on those within the blast area.

“OHCHR believes that the actual figures are considerably higher,” the organization wrote, noting a dearth of information from areas of ongoing or recent hostility. The report cited an absence of reporting from Mariupol, Izium, Lysychansk, Popasna, and Severodonetsk, all cities where civilians continued to reside during clashes between Ukrainian and Russian forces.