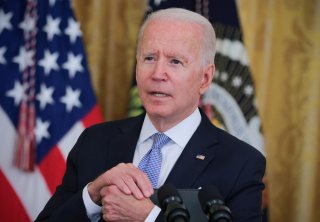 Following news of the U.S. Department of State’s involvement in training four of Washington Post columnist Jamal Khashoggi’s Saudi murderers, Americans have been left wondering why the United States funds, arms, and trains the militaries of repressive governments.

Providing military aid to human rights abusers not only contributes to their repressive behavior but also undermines the Biden administration’s stated objective to establish human rights as a core tenet of U.S. foreign policy. And as Congress enters appropriations season, legislators on both sides of the aisle have started to scrutinize the Biden administration’s decision to reauthorize military assistance to Azerbaijan less than a year after its brutal assault on Armenia; conveying their concern that the move will further embolden Baku’s regime amidst its ongoing human rights violations.

On April 24, Armenians across the country woke to the news that the United States had taken the monumental step of recognizing the deliberate and systematic killing of 1.5 million Armenians beginning in 1915 as genocide, ending over a century of complicity in Turkey’s efforts to deny this great crime against humanity and inspiring hope in many that human rights and atrocity prevention would be elevated to a moral and political imperative by the White House.

This hope, however, was dashed when it was revealed that just one day prior to this historic proclamation, the Biden administration—in defiance of one of Joe Biden’s own campaign statements—had re-authorized the provision of security assistance to Armenia’s modern-day tormentor: Azerbaijan.

Last year, with the assistance of Turkey, Azerbaijan invaded the majority Armenian enclave of Nagorno-Karabakh (also known as Artsakh), perpetrating major human rights abuses and war crimes against Armenian civilians and displacing up to a hundred thousand people.

Even since a Russia-brokered ceasefire put an end to active hostilities last November, Azerbaijan’s aggression has continued.

To this day, hundreds of Armenians languish in Azerbaijani detention where they have experienced degrading abuse and torture. Armenian cultural heritage remains at serious risk, as the government of Azerbaijan seeks to erase any trace of Armenian civilization in historically Armenian lands. Azerbaijani forces have even encroached into the sovereign territory of the Republic of Armenia itself, where an estimated 1,000 military personnel are now entrenched and periodically engage in acts of aggression.

The United States has been keenly aware of the threat Azerbaijan poses to Armenia for decades. During the first Nagorno-Karabakh war in the 1990s when the region’s Armenian population sought to exert their right to self-determination and end their persecution at the hands of the Azerbaijani regime, Congress passed legislation prohibiting the provision of assistance to Azerbaijan in light of its aggression.

This provision—Section 907 of the FREEDOM Support Act—was amended following the September 11, 2001, terror attacks to grant the president sweeping authority to waive those restrictions in order to enlist Azerbaijan’s support in the global war on terrorism. Even then, despite the president’s annual extension of the waiver, Congress maintained military aid parity between Armenia and Azerbaijan so as to avoid escalating the conflict and emboldening Azerbaijan.

This status-quo shifted under the Trump administration, however, when the Department of Defense allocated over $120 million dollars in discretionary spending to Azerbaijan in fiscal years 2018 and 2019 for “capacity building” purposes. Beyond the material impact on the regional balance of power through the freeing up of Azerbaijan’s military resources, the unprecedented amount of assistance allocated by the United States sent a dangerous signal—emboldening the tyrannical regime in Baku and ultimately enabling the military aggression that culminated in last September’s war.

While on the campaign trail, President Biden—in calling for an end to the advance of Azerbaijani troops on Nagorno-Karabakh—sharply criticized the Trump administration’s waiver of Section 907 and called on the president to “stop the flow of military equipment to Azerbaijan.”

But despite the principled position taken during the height of the conflict, and the Biden administration’s promise to center human rights in its foreign policy, the reauthorization of military assistance to Azerbaijan raises concern that President Biden is just as committed as his predecessors were to the long-standing American tradition of arming autocrats and serial human rights abusers.

The Biden administration has faced mounting pressure in both the House and Senate to reverse course; with legislators expressing concern over the risk of further emboldening Azerbaijan amidst its ongoing violation of international law and aggression towards Armenia. And in a recent development, an amendment to H.R. 4373—the Department of State, Foreign Operations, and Related Programs Appropriations Act—proposed by Representative Frank Pallone (D-NJ) blocking foreign military financing (FMF) and international military education and training (IMET) assistance to Azerbaijan was passed by the House of Representatives with bipartisan support.

While the passage of Pallone’s amendment doesn’t block the type of discretionary funding Azerbaijan received from the United States for “capacity building” under Section 333 of Title 10 of the U.S. Code, it sends a powerful signal to the White House that Congress has no interest in funding Azerbaijan’s human rights abuses—and that it’s time for the administration to follow course and enforce Section 907 of the FREEDOM Support Act.

Some in Washington’s foreign policy establishment may argue that providing military aid to repressive governments is complicated but necessary to achieve certain national security objectives, especially as they relate to counterterrorism. Time and again, however, we see examples of our aid directly and indirectly enabling these regimes to not only carry out human rights abuses—the fight against which is a stated U.S. objective—but also working directly contrary to our national security goals.

The consequences of reauthorizing aid to Azerbaijan extend well beyond the South Caucasus. In providing assistance to one of the most authoritarian regimes on earth in the midst of a regional humanitarian and security crisis, the United States sends a concerning signal to human rights abusing regimes the world over—that Washington is still as willing as ever to abandon its values for the sake of political expediency.

Whether it be the ethnic cleansing of the Kurds in Northern Syria by Turkey, the devastation inflicted upon the people of Yemen by Saudi Arabia and the United Arab Emirates, or Pakistan’s enabling of regional extremists and abysmal human rights record at home—U.S. arms and aid have perpetuated tragedy at a global scale.

In order for the Biden administration to remain true to its commitment to place human rights at the forefront of its foreign policy, it must end U.S. government support for and appeasement of egregious human rights abusers.