The United States Should Recognize Taiwan as an Independent Nation 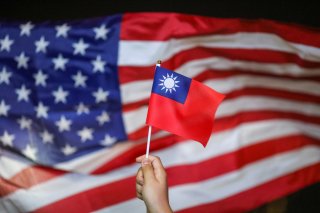 All too often in politics, perception is reality. But when politicians themselves start believing that all political reality is just perception we always end up in trouble. Such was the case in the early days of the COVID-19 outbreak in China, when first the local authorities in Hubei province, and then the national government in Beijing, treated the emergence of the disease as a public relations issue rather than a health issue.

The first country in the world to face the facts around the virus and went on to implement one of the most effective responses to the virus was Taiwan. Taiwan registered the first case on January 21, one of the first countries to do so outside of China—at a time when most countries had not even registered the virus as a potential threat on their political horizons. Over three months later, and in a medium-sized country of nearly 24 million people, Taiwan has only registered 429 infections and 6 deaths (at the time of writing).

How did Taiwan achieve such an astonishing success? The country had at least two things going for it. The first is that it has had the experience of Sars two decades ago, so like South Korea and Japan had the knowhow and the infrastructure to cope well with an epidemic of this kind. The second advantage is political: led by a pro-independence government which has come under sustained pressure from Beijing in recent years, Taiwan knows to instinctively distrust narratives coming out of Beijing.

It also has some one million citizens working on the mainland, giving the Taiwanese government some useful channels of communication with people and with the realities of inland China. So when the initial reports from doctors in Hubei province emerged about a potential new viral respiratory disease, Taiwan was one of the first countries to know about it. As it has since emerged, it has also tried to pass on what it has learned, as well as the fact that the Chinese authorities were deliberately withholding relevant information and suppressing the doctors’ reports, to the World Health Organisation (WHO) as early as December.

Unfortunately, Taiwan is excluded from the WHO, and not recognised as an independent country in any aspect of the UN system, as a consequence of Chinese pressure. So their attempts to raise the alarm were not listened to. It may have been inevitable that Chinese citizens in Hubei province would suffer the consequences of their local officials choosing to cover up the emergence of the virus in the early days, but it was not inevitable that the rest of us would also suffer the consequences of Beijing’s economy with truth.

We are suffering as much as we are as a consequence of our own choice to close our ears to Taiwan’s warnings. We did so because we chose to elevate another convenient perception of the powers that be above reality: as much as it may frustrate China, and as much as other countries may dread raising the ire of Beijing over the issue, the fact of the matter is that Taiwan just is an independent country. If we had acknowledged the fact, if Taiwan had already been accepted as a normal independent member of the UN system and of the WHO as it fully deserves to be, their warnings would have been heard, and the course of this pandemic could have been very different indeed.

What is strange about the international status of Taiwan is that it is also one of the wealthiest countries in the world, it has one of the most successful democracies in the region, and could easily stand on its own as a country, but for the quirks of history that tie it to the mainland. In past decades many citizens warmed towards Beijing due to the increasing economic ties and opportunities that linked the two countries, but that was before the hardline nationalist administration of Xi Jinping came to power in China and started flexing its muscles against its neighbours. Certainly before the uprising in Hong Kong over the past year. More recently, even some of the more Sinophile citizens of the island have recoiled from Beijing’s ham-fisted approach to countries in its orbit, and recognise that China represents a mortal threat to their democracy.

Dr Azeem Ibrahim is a Director at the Center for Global Policy in Washington, DC.