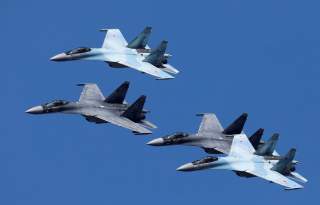 UAC President Yuri Slyusar explained that the board of directors gave the green light for a single legal entity back in 2016.

As reported by TASS, starting from 2019, MiG Corporation and Sukhoi will merge into the combat aviation structural unit of United Aircraft Corporation (UAC).

However Russia’s Industry and Trade Minister Denis Manturov earlier said that both firms will still be operating under their own names.

Noteworthy MiG and Sukhoi are Russia’s major aircraft manufacturers: their combat aircraft are state-of-the-art weapons systems in the global market and form the backbone of the frontline aviation of Russia and tactical air forces of many other countries.