Is the U.S. Air Force Closing the Hypersonic Missile Gap? 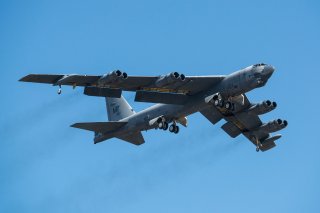 After years of intense and accelerated development, the Air Force has succeeded in firing an air-launched hypersonic weapon, a development that likely closes the gap between the United States and rival nations and massively expands the service’s ability to conduct hypersonic attacks.

An Air Force report said that the Air-launched Rapid Response Weapon (ARRW) was successfully launched from a B-52, achieving and sustaining hypersonic flight.

“Following separation from the aircraft, the ARRW’s booster ignited and burned for expected duration, achieving hypersonic speeds five times greater than the speed of sound. … ARRW is designed to enable the U.S. to hold fixed, high-value, time-sensitive targets at risk in contested environments from stand-off distances,” the Air Force report announced.

This is indeed quite significant. As recently as last Summer, several senior U.S. weapons developers publicly told audiences at the Space and Missile Defense Symposium in Huntsville, Ala., that the United States was “number three” in the race for hypersonic weapons. Perhaps that is no longer true?

Clearly, all the services, including the Air Force, have been intensely working to fast-track the promise and tactical impact of hypersonic attacks. While the ability to track, counter, and even intercept incoming hypersonic attacks is being worked on, one key way to strengthen defenses against hypersonics is to develop a comparable or superior offensive capability. For this reason, when it comes to hypersonics, offense and defense are inextricably intertwined.

The Air Force report adds that the ARRW is intended to provide “precision rapid response against heavily defended targets,” something an air-launched missile traveling at five times the speed of sound is likely to be capable of. Of course, such an attack possibility increases the stand-off attack range. But it also massively truncates the time between launch and strike, making enemy targets much more vulnerable than they are now.

The Army and Navy are also working right alongside the Air Force, as the services are now collaborating and conducting fire tests of the Common Hypersonic Glide Body, which will support different weapons for each service. The Army plans to have a prototype of its Long-Range Hypersonic Weapon ready by next year, and Navy leaders expect to have ship-fired hypersonic weapons as soon as 2025. In addition, senior Army hypersonic weapons developers also said there are now successful and promising ongoing efforts to perform a “tech insertion” into hypersonic weapons that would introduce the ability to hit moving targets.

An air-launched hypersonic missile, able to be fired from a B-52 bomber or perhaps even smaller platforms, would be in a position to attack and destroy enemy air defenses without necessarily being at risk above them, should their location be identified.

These recent developments suggest that the United States is closing the hypersonics weapons gap very quickly.

Does Russia already have an air-launched hypersonic weapon? While it might not be a surprise if Russian newspapers exaggerated the performance of some of Moscow’s new weapons, a report as far back as 2020 in Russia’s RIA Novosti quotes unnamed sources who claim to have seen a Russian Su-57 fighter carrying a prototype hypersonic weapon. The report said the missiles used in the tests of the Su-57 stealth fighter jet were “functional” full-size mock-ups, although they had not yet been launched.

The source cited in the Russia paper also says that test versions of the weapon include “seeker heads and electrical circuits.” The paper adds even more detail about the new weapon, which it describes as “a compact, air-to-surface weapon intended to destroy enemy air and missile defense systems, and cruise and ballistic missile launchers.” If the Russian report is true, then Russia was the first to employ a fifth-generation aircraft with an air-to-ground hypersonic missile.

Other Russian fighter jets are also reported to have air-launched hypersonic weapons, according to a report last year in the Drive. The Drive report said the weapon is called the Kinzhal aero-ballistic missile system. “The Kinzhai combines a modified MiG-31 Foxhound interceptor with the Iskander surface-to-surface missile, which has reportedly received the NATO codename Killjoy in its air-launched form,” the Drive reports.