The U.S. Air Force Has a Choice: Buy More Aircraft or Maintain the (Old) Ones It Has. 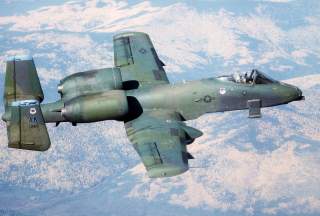 The U.S. Air Force has a choice: buy more aircraft or maintain the ones it has.

But it can’t do both, according to a Government Accountability Office report.

“The Air Force will need to balance the rebuilding of its existing force with its desire to grow and modernize,” the GAO told Congress.

In September, Secretary of the Air Force Heather Wilson said the Air Force needed to expand to 386 operational squadrons—up 24 percent from the current 312—by 2030 in order to keep up with threats such as Russia and China. At the end of the Cold War, the Air Force had 401 squadrons.

The problem is that the Air Force is already having grave problems keeping the squadrons it has operational. The Air Force has been short of fighter pilots almost every year since 2006.

An earlier GAO report found that numerous aircraft types couldn’t meet their availability goals due to lack of maintenance and shortages of air parts. GAO has also documented training shortfalls that resulted in fighter pilots receiving insufficient training due to lack of aircraft availability and training facilities.

The poster child for Air Force readiness woes is the F-22 Raptor. Another recent GAO report found that F-22 availability has been gutted by various Air Force practices, such as making Raptor squadrons smaller than normal fighter squadrons, and parceling out F-22 squadrons in small overseas detachments.

All of which raises a question: if the Air Force can’t maintain the squadrons or the pilot roster it has now, how will it cope with an air fleet 25 percent larger? Presumably the F-35’s bugs will be fixed by 2030, but even under the best scenario, the Air Force will spend much time and resources on the new fighter.

“Looking to the future, the Air Force will have to balance the rebuilding of its existing force with its desire to grow and modernize,” GAO concluded. “To meet current and future demands, the Air Force has stated that it needs to have more squadrons. However, the costs of such growth are as yet unknown, and will have to compete with other military services looking to increase their force structure and recapitalize their forces. Even with growth, the Air Force would be dependent on the force of today for decades to come and will need to stay focused on rebuilding the readiness of existing forces.”

GAO also reminds the Air Force that other services are competing for defense dollars, notably the Navy’s plan to expand its fleet by 25 percent—at a cost of $800 billion—as well as a $1.2 trillion modernization of U.S. nuclear forces. “All of these investments would need to be made amid a deteriorating national fiscal picture,” GAO adds.

GAO warns that the Air Force is not alone: there are “persistently low readiness levels across the military.” But given the vital role of airpower in U.S. military strategy, as well as the unfavorable publicity attracted by problems with hundred-million-dollar warplanes like the F-35, the Air Force might find fixing what it has a better option than buying more of what it can’t fix.