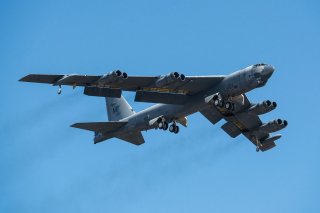 Following months of failures, the Air Force conducted a successful hypersonic weapons test back in May, with a U.S. Air Force B-52H Stratofortress “successfully releas[ing] an AGM-183A Air-launched Rapid Response Weapon, or ARRW, off the Southern California coast.”

Per Air Force Magazine, the Air Force accomplished a second free flight of its hypersonic AGM-183A Air-launched Rapid Response Weapon. The test took place July 12, off the coast of California.

The successful test means that the “booster” phase of testing is over and that operational testing will begin later this year.

“We have now completed our booster test series and are ready to move forward to all-up-round testing later this year. Congratulations to the entire ARRW team, your dedication and expertise are what got us here,” Collins added.

As pointed out by Air Force Magazine, the two successful tests followed three failed ones, at which point the Air Force reduced funding for the hypersonic program by nearly $161 million for the next fiscal year.

The systems were built by Lockheed Martin.

“This successful test underscores our shared commitment to develop and field hypersonic weapons on accelerated timelines to meet critical national security needs. I am proud of the strong partnership we have built with the U.S. Air Force, on this and other key programs,” Jay Pitman, vice president of air dominance and strike weapons at Lockheed Martin Missiles and Fire Control, said of the launch.

Frank Kendall, the secretary of the Air Force, has been called a skeptic of hypersonic weapons.

“I think we have to be careful about not mirror-imaging the potential threats,” Kendall said in January at a virtual event hosted by the Center for a New American Security, adding that such efforts were “rushed” during the Trump years.

“We don’t have the same targets that [China is] worried about,” Kendall said during the Center for New American Security talk. “We have to think about what’s most cost-effective for us … [Hypersonic systems are] very expensive compared to conventional weapons. So we’ve got to look at that very carefully and decide where we need to be in that tradeoff. I don’t think enough work has been done on that,” he added.

Kendall did express, however, that hypersonic weapons will still be part of the mix going forward.