The U.S. Air Force May Retire These 5 Aircraft Early. It Could Be a Disaster. 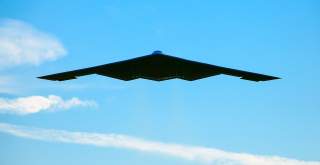 Key Point: Retiring in-use military technology must be a careful process that weighs the pros and cons.

Sébastien Roblin holds a master’s degree in conflict resolution from Georgetown, University and served as a university instructor for the Peace Corps in China. He has also worked in education, editing, and refugee resettlement in France and the United States. He currently writes on security and military history for War Is Boring.
Media: Northrop Grumman Corporation