U.S. and Japanese Marines Are Practicing For Amphibious Operations in Asia 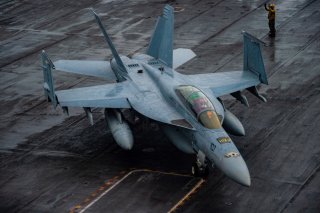 U.S. and Japanese Marines are conducting intense combat rehearsals and preparing for amphibious warfare in the island areas of Japan to ensure a combined allied force is ready in the event of Chinese aggression.

The 3d Marine Division of the U.S. Marine Corps just completed a six-month deployment program under 4th Marines in Okinawa, Japan in what service reports describe as a “Unit Deployment Program.”

The six-month deployment was not necessarily identified as “training,” according to a Marine Corps video of the operation, but rather a warfare “rehearsal” with live fire combat drills, amphibious attack and defense operations, and joint U.S. and Japanese assault maneuvers.

“Forward-deployed within the first island chain, 2/3 (Marine Unit 2nd Batallion, 3d Marine Division) conducted a series of combat rehearsals, preparing to fight and win alongside their allies and partners, and to deter and defeat any threat to regional security,” the video explained.

“Every action we execute is to go after the enemy and deter the enemy and prepare for that fight. When the day comes that the threat tries to seize maritime terrain, we are going to be there,”  Lt. Col. Brandon Turner, US Marine Corps, 2nd Battalion, 3d Marine Division, said in a video produced by the Corps. “The training we did coming up to this is over. From here on out, every day is a combat rehearsal.”

The Corps report did not incorporate many tactical or weapons-related specifics, but it was clear that the war preparation aligns with a new generation of maritime warfare tactics, procedures, technologies, and concepts. Stating that “this is not your granddad’s UDT,” the video made reference to increased small-unit autonomy.

“Now small unit leaders can drive the fight themselves because they know their Marines,” the Corps video said.

This comment about smaller, more autonomous units likely pertains to the large extent to which vastly improved communications, computing, and networking technologies have changed tactics for Marine Corps units. Joint maneuvers, a new generation of computing and communications technology, and longer-range weapons and sensors are completely reshaping maritime warfare. Small units can now operate with much faster information sharing and real-time connectivity to transmit threat information, adjust to incoming intelligence, and coordinate multi-domain attacks. So-called “sensor-to-shooter” time, that window within which a new target can be found, identified, and destroyed, is getting even shorter as new hardened networking technologies arrive. This enables more dispersed or distributed operations wherein long-range precision targeting and weapons can generate a consolidated or area attack warfare effect while spread across a large operational envelope. Combined Arms effects can be achieved at a faster pace and from disaggregated formations.

“The Marine Corps will do what it has always done. We are designed to fight and kill,” the video said.