U.S. and Russian Officials Square Off at UN Over Iranian Drones 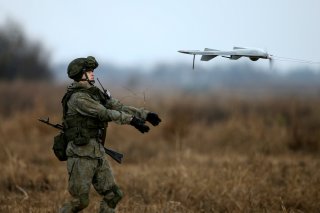 Russian and U.S. officials sparred on Wednesday over Western-led calls for a United Nations (UN) probe into Russia’s alleged use of Iranian-made drones to target Ukrainian infrastructure.

Russian permanent representative to the United Nations Vasily Nebenzya argued that the calls for an investigation pose a “very dangerous” precedent. “The actions of Western delegations, who demand the secretariat organize a probe into the use of drones create a very dangerous precedent for the United Nations’ work. From the legal point of view, they want an artificial expansion of the secretariat’s competences and endowing it with extra functions by means of infringing upon the Security Council’s prerogatives,” he said, adding that the investigation would be a violation of the UN Charter. Nebenzya suggested there is no legal basis for the Secretariat to conduct the probe. “Today, we have heard nothing legal in the reasoning of those countries who demanded the Secretariat organize a probe,” he said. Nebenzya previously insisted that the drones used by Russia in Ukraine are Russian, not Iranian.

U.S. deputy ambassador Robert Wood denounced Nebenzya’s claims, describing them as a “simply dumbfounding” attempt to divert attention from Russia’s “egregious wrongdoing.”  The calls for a probe are “requests that he [The UN Secretary-General] take appropriate action,” Wood added. “In fact, there is ample precedent for the UN Secretariat to carry out independent investigations as a part of this mandate to report on implementation. Over the past seven years, the Secretary-General has submitted to the Security Council 13 reports summarizing its investigations and findings on non-compliance.”

Ukrainian UN ambassador Sergiy Kyslytsya accused Iran of violating a Security Council ban on the transfer of long-range drones in a letter to the body last week.

Great Britain, France, and Germany called for the probe last Friday, prompting condemnation from Moscow and Tehran. Western states say Iran’s alleged transfer of drones to Russia is a clear violation of Security Council Resolution 2231 adopted by the UN in July 2015 as an endorsement of the Joint Comprehensive Plan of Action (JCPOA), better known as the Iran nuclear deal.

Russian deputy UN ambassador Dmitry Polyanskiy threatened earlier that the Kremlin would have to “reassess” working with the UN if Secretary-General Antonio Guterres goes through with the Iran probe.

Iranian ambassador Amir Saeid Iravani dismissed the allegations as “totally unfounded,” insisting that Iran has maintained “a position of active neutrality” since the war’s outbreak on February 24 and “has never provided the [belligerent] parties with weapons for use in the Ukraine conflict.”