The U.S. Army Built a Whole Town To Train Troops for War 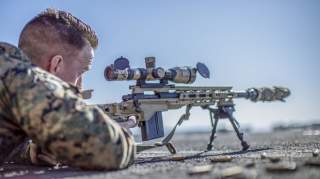 The U.S. Army has finished building a 300-acre training area that’s pretty much a miniature city meant to be shot up and blown up in the interest of combat readiness.

The Asymmetric Warfare Training Center at Fort A.P. Hill in Virginia cost $96 million and is designed to “replicate complex operational environments,” according to the Army’s Asymmetric Warfare Group, which “owns” the training site.

(This article by Joe Trevithick originally appeared at War is Boring in 2014.)

In addition to the usual firing ranges and administrative facilities, the AWTC has a number of full-size structures, said to include a five-story embassy, bank, school, subway station, train station, helicopter landing zone, bridge and more.

Video footage from the January opening ceremony also shows a church, although it’s unclear whether this is one of the training structures. All of the buildings appear to be highly realistic, especially when compared to other urban training facilities that rely heavily on simple, generic structures—often made of plywood.

For example, the subway station features rail cars either purchased straight from Washington, D.C.’s Metropolitan Area Transit Authority—or modeled to look like them, right down to the logos. Real rail cars also feature in the above-ground train station.

The facility fits with the Asymmetric Warfare Group’s mission. AWG stood up in 2006 to help the Army counter Improvised Explosive Devices in Iraq and Afghanistan. The group’s responsibilities have broadened since then. It helps develop doctrine and training for counter-terrorism, the protection of critical infrastructure like power grids and dealing with Weapons of Mass Destruction.

At the January ceremony, Col. John P. Petkosek—AWG’s commander—highlighted this broad mission. “This is a place where we can be creative and you can come up with solutions to problems we don’t even know we have yet.”

Other units will no doubt make use of the unique facilities. Special Operations Forces in particular prefer to train in places that closely model real battlefields. In just the last few months, Fort A.P. Hill has hosted training events for Army Special Forces and the Marines.

It’s even possible that the Marines’ November exercise, which involved protecting a mock embassy, used a structure built for the AWTC before the center’s official completion.