The U.S. Army Has a Plan To Beat Russia's Electronic Warfare Battleplans 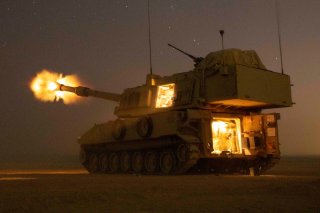 These circumstances only further underscore the importance of both hardening electronic networks and also using AI to streamline key electronic signature data for offensive EW attack. Should an AI-empowered Army sensor find what’s called a “line-of-bearing” of an enemy electronic signature amid a crowded field of signals, soldiers would be well-positioned to launch a targeted EW attack. This can be made more difficult by the use of “directional” antennas engineered to emit a signal in one, more narrowly configured direction. This tactic, explored by the Army and industry, lowers the ability for forces to be discovered. Once an electronic signal is released, it naturally creates a signature that is detectable to enemy forces. Accordingly, Raytheon’s software is designed to instantly pull data from electronic sensors to both improve EW targeting and also shorten the time of exposure during which a signal is emitted. Raytheon’s software is designed to display a unit, brigade or division’s electronic footprint as it would appear to an adversary.

Osborn previously served at the Pentagon as a Highly Qualified Expert with the Office of the Assistant Secretary of the Army - Acquisition, Logistics& Technology. Osborn has also worked as an anchor and on-air military specialist at national TV networks. He has appeared as a guest military expert on Fox News, MSNBC, The Military Channel and The History Channel. He also has a Masters Degree in Comparative Literature from Columbia University.****--- Kris Osborn of WARRIOR MAVEN (CLICK HERE) can be reached at [email protected]**