The U.S. Army Thought This Rifle Was the Future (It Was a Mistake) 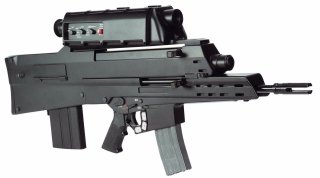