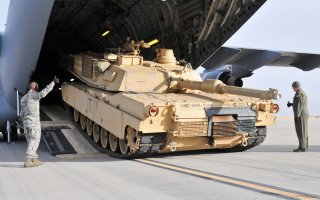 One way to solve the debate about whether to build a future tank for 2030 or simply continue to upgrade the Abrams main battle tank, may simply be to do both. That may be the Army approach, as the service appears to both be massively upgrading its classic seventy-ton main battle tank while also moving quickly to make a decision in 2023 on concepts for a new platform known as the Optionally Manned Tank.

The Optionally Manned Tank is purely in a conceptual stage while the Army Science Board and Ground Vehicle Systems Center are exploring the “realm of the possible” in regards to the types of technologies, platforms and weapons that might best contribute to a new generation of tank-like vehicles.

“We are gathering information in the form of studies and technology maturation,” Maj. Gen. Ross Coffman, the director of the Next Generation Combat Vehicle Cross-Functional Team for Army Futures Command, told the National Interest.

Interestingly, while the actual tactical function and impact of the new platform is intended to generate an extremely lethal, survivable “tank-like” impact on the battlefield, the platform itself may not even look like a tank, Coffman said.

“I have gone on record saying I don’t care if it's a tank. I don’t care if it hovers and shoots lasers. It just needs to be able to go into the nastiest places on earth and fight and win, with the key component being survivability on the battlefield,” Coffman said. “This is all pre-decisional, but we want to generate as many options for the senior leaders so they can make an informed decision.”

Could there be some kind of future air-ground armored hovering attack platform? Able to fire lasers and rockets from the air at low altitudes before advancing on land? That may seem a bit wild, but the sky is likely the limit when it comes to Army innovators, and places like the Army Research Lab and DARPA are bound to be exploring seemingly unimaginable technological possibilities. Innovators are likely exploring a wide array of options and contingencies, depending upon the perceived boundaries of emerging, next-generation technologies.

The new Optionally Manned Tank will most likely be a lightweight, expeditionary and maneuverable ground vehicle. However, the principle quandary being entertained right now is whether something faster with less armor can actually be survivable enough to operate in heavily mechanized warfare in a manner comparable to or greater than the Abrams tank? If it cannot survive the kinds of attacks and incoming fire an Abrams tank is built for, then will it have enough active protection? Long-range sensors? Firepower range, reach and guidance technology? The course chosen by the Army will likely rely upon what kinds of answers there may be to these questions.

Again, perhaps a new optionally manned tank can complement and fight alongside a heavily armored tank. This possibility exists if there are no lightweight composites nor any technical breakthrough sufficient to architect a lighter vehicle equivalent or superior to an Abrams in terms of survivability. Specifics related to these questions may not be available, for obvious and understandable security reasons, yet there is evidence in the Army’s path forward. It will pursue Abrams upgrades and sustainment while concurrently pursuing a new tank platform for the future.