The U.S. Army's Big Mistake: No Heckler and Koch HK45 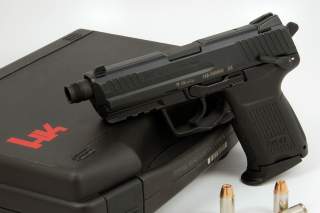