The U.S. Army's 'New' Abrams Tank Is Far from Obsolete (For Now) 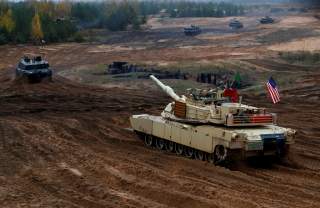 For the next few decades at least, the solution to the Army’s problem of ensuring decisive lethality in its main battle tank is to continue the process of upgrading what is still the best tank in the world, the Abrams.

Second, make the Abrams as much a sensor platform as a shooter. The Abrams A3 version should be the platform for advanced sensors and electronic systems. The Army was already planning to introduce a third generation forward-looking infrared sensor on a future SEP upgrade. To this could be added an advanced active protection system based on a fully formulated requirement. The Abrams already possesses or will soon receive additional sensors that, when fully integrated, will allow the crew to have a sophisticated tactical operating picture. The Army should look at ways of inserting autonomy into the A3 variant to reduce crew workload and improve performance.