U.S. Army's Search for a New Scout Helicopter was Definitely Inspired by 'Avatar' 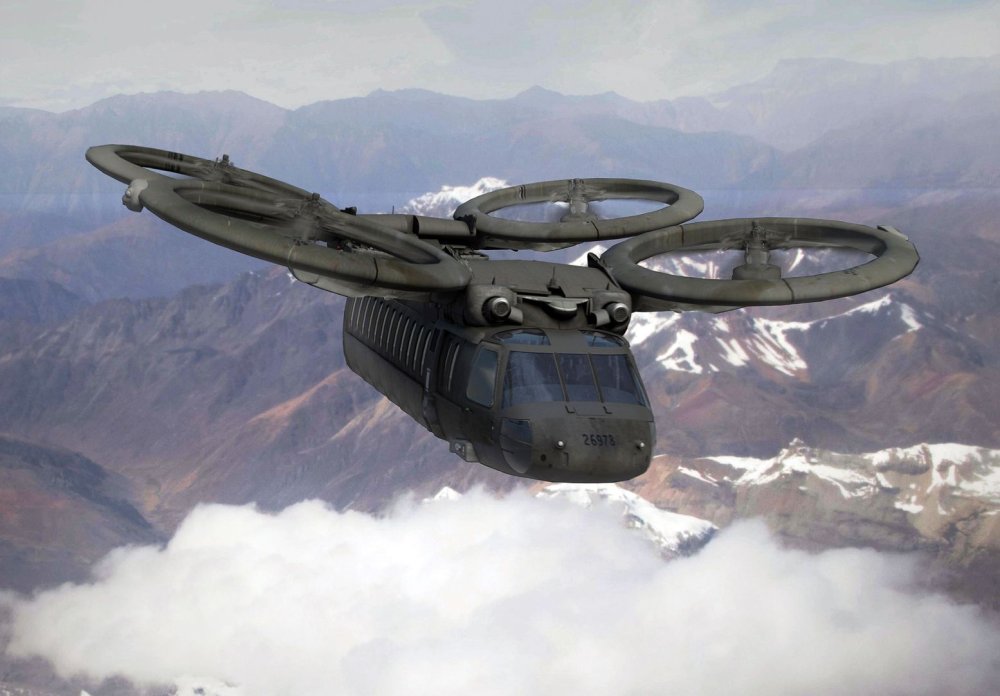 The Army expects to choose the final helo design by 2020. Avatar 2 hits theaters in December 2021.

The Army is currently on track to officially select a brand new armed scout helicopter by some time in 2020, and with several future vertical life prototypes flexing their muscles in a bid for the freakishly lucrative contract, the service's chief advocacy group decided to remind the world where the inspiration for its new copter really came from.

So Avatar at $30 million a pop, basically.

The quad-turbine air cab appears on the front cover of some Association of the U.S. Army 2019 annual meeting literature spotted by Samuel Bendett, an analyst for the Center fo Naval Analyses and "mad scientist" with the Army Training And Doctrine Command.

The artists's depiction of a future vertical lift concept has been floating around since at least 2015, and I am honestly embarrassed that I didn't make the connection sooner.

In 2018, the Army awarded five contracts to defense firms to whip up ambition new designs for its so-called Future Attack Reconnaissance Aircraft to succeed the OH-58D Kiowa Warrior retired in 2017 and partially replace the AH-64 Apache as the service's attack helo of choice.

Those designs include Sikorsky's coaxial rotor S-97 Raiderand Bell's tiltrotor V-280 Valor, both of which have enjoyed relatively positive results from testing and trials in recent years. They do not include, however, the SA-2 Samson turbine-powered shit-kicker deployed by retired Marine Corps Col. Miles Quaritch against the poor blue residents of Pandora.

It's probably a stretch to assume that the Army would hang the development of a high-priority rotary-wing system on the imagination of James Cameron, but pop culture tends to influence the U.S. armed forces just as much as the military influences pop culture.

Bendett pointed to the the Ratnik integrated armor designand that's currently under development by the Russian Ministry of Defense.

"This is not the first time that science fiction drives real military hi-tech development," Bendett told Task & Purpose over Twitter direct message. "HALO Master Sergeant suit was probably an inspiration for one too many drawing board sessions in many classified basements that work on exoskeletons, for example."

"It appears that Avatar now has many hidden 'cookies' for the defense-industrial sector to peruse," he added. "So fire up your DVD players and streaming services, 'cause that film is gonna influence future weapon design for many years."

The Army expects to choose the final helo design by 2020. Avatar 2 hits theaters in December 2021.