Is a U.S.-China War Over Taiwan Possible? Yes, According to One Chinese Researcher. 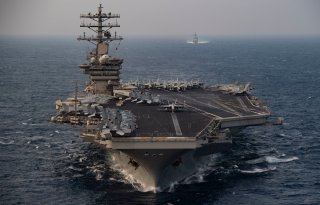 A prominent Chinese researcher and military expert connected to the People’s Liberation Army is saying that a potential war with the United States over Taiwan independence essentially relies upon Washington, or U.S. actions.

Zhou Bo, an honorary fellow at the Centre for China-America Defence Relations at the Academy of Military Science of the Chinese People’s Liberation Army, is quoted in a news story in the South China Morning Post called “U.S.-China relations” as saying “The development of cross-strait relations is not solely decided by the Chinese mainland. It is, on the contrary, a result of the interaction between Taipei, Washington and Beijing.”