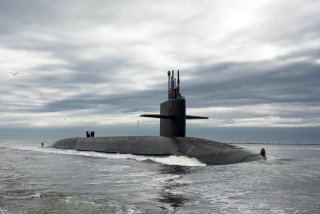 The United States’ new “AUKUS” deal with Australia and Britain—establishing a separate security arrangement with those two nations in the Asia-Pacific region, with an emphasis on equipping Australia with nuclear submarine technology—has drawn expected condemnation from China, the clear target of the alliance.

However, the partnership has also received backlash from a less likely source: France, a long-time U.S. regional ally with its own objectives in the Pacific.

France has objected to the pact primarily because it had intended to export its own nuclear submarines to Australia. A Franco-Australian deal to share the technology, negotiated in 2016, fell through after the pact was announced.

"The American choice has led to the removal of an ally and a European partner like France from a structuring partnership with Australia, at a time when we are facing unprecedented challenges in the Indo-Pacific region, whether in terms of our values ​​or in respect for multilateralism based on the rule of law, marks an absence of coherence that France can only observe and regret,” read a joint statement in French put out by French foreign minister Jean-Yves Le Drian and armed forces minister Florence Parly. Independently of the statement, Le Drian separately described the agreement as a “stab in the back” towards France and argued that it underscored the poor cooperation between the United States and Europe.

After the announcement of the AUKUS partnership, the French Embassy in Washington, DC canceled the 240th-anniversary celebration for the Battle of the Capes, a decisive naval battle during the Revolutionary War that preceded the final U.S. victory over the British at Yorktown.

Prior to the AUKUS pact, the United States had only shared its nuclear submarine technology with Britain, allowing London to build a formidable undersea fleet. The decision to extend the technology to Australia as well makes it the seventh country to own nuclear subs, following the U.S., Britain, France, China, India, and Russia. Australia is the only one of these countries that do not also possess nuclear weapons and is forbidden from developing them by the 1968 Non-Proliferation Treaty (NPT).

While the Biden administration has officially stated that the AUKUS pact is not aimed at any one country, its clear target is China, which has engaged in an escalating war of words with Australia for the past two years. While ties between Australia and China have been cordial in the past, one consideration made in Canberra has been that there does not appear to be a way to repair them, shrinking the potential diplomatic losses from developing the submarines.

New Zealand, Australia’s neighbor and close ally, was also excluded from the pact—possibly because of a 1987 law banning nuclear-powered vessels from New Zealand waters.