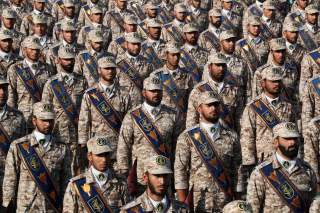 Iran is, therefore, a self-contained entity. It is relatively poor, but it has superbly defensible borders and a disciplined central government with an excellent intelligence and internal security apparatus. Iran uses these same strengths to destabilize the American position (or that of any extraregional power) around it. Indeed, Iran is sufficiently secure that the positions of surrounding countries are more precarious than that of Iran. Iran is superb at low-cost, low-risk power projection using its covert capabilities. It is even better at blocking those of others. So long as the mountains are in Iranian hands, and the internal situation is controlled, Iran is a stable state, but one able to pose only a limited external threat.

The creation of an Iranian nuclear program serves two functions. First, if successful, it further deters external threats. Second, simply having the program enhances Iranian power. Since the consequences of a strike against these facilities are uncertain and raise the possibility of Iranian attempts at interdiction of oil from the Persian Gulf, the strategic risk to the attacker’s economy discourages attack. The diplomatic route of trading the program for regional safety and power becomes more attractive than an attack against a potential threat in a country with a potent potential counter.

Iran is secure from conceivable invasion. It enhances this security by using two tactics. First, it creates uncertainty as to whether it has an offensive nuclear capability. Second, it projects a carefully honed image of ideological extremism that makes it appear unpredictable. It makes itself appear threatening and unstable. Paradoxically, this increases the caution used in dealing with it because the main option, an air attack, has historically been ineffective without a follow-on ground attack. If just nuclear facilities are attacked and the attack fails, Iranian reaction is unpredictable and potentially disproportionate. Iranian posturing enhances the uncertainty. The threat of an air attack is deterred by Iran’s threat of an attack against sea-lanes. Such attacks would not be effective, but even a low-probability disruption of the world’s oil supply is a risk not worth taking.

As always, the Persians face a major power prowling at the edges of their mountains. The mountains will protect them from main force but not from the threat of destabilization. Therefore, the Persians bind their nation together through a combination of political accommodation and repression. The major power will eventually leave. Persia will remain so long as its mountains stand.

The Geopolitics of Iran: Holding the Center of a Mountain Fortress is republished with the permission of Stratfor Worldview, a geopolitical intelligence and advisory firm. This article first appeared earlier this year.