U.S. Military Bases Of The Future Must Be Smart And Secure 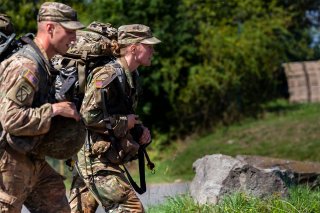