The U.S. Military Has One Goal: Beat China or Russia in a War (But There Is A Problem) 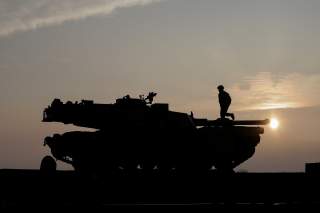 Time and again, the United States has attempted to redirect more of its attention and resources toward its competitions with Russia and China. But Washington's other commitments around the world continues to undermine this effort. Since taking office, U.S. President Donald Trump has sought to address this problem by pressuring allies to commit more military resources to places like Syria (where the United States is trying to draw troop levels) and most recently, the Persian Gulf (where it now faces an increased risk of a military clash with Iran).

But concerns over the direction of U.S. leadership has made even Washington's strongest partners in Europe reticent to deploy more troops to these hot spots. This lack of trust — combined with the fact that many allies already have significant security commitments of their own — will likely leave the United States with little choice but to make do with the allied support it has in order to finish out its duties in the Middle East.

In Europe, the United Kingdom and France are the two most powerful and strategically important U.S. allies. Both countries have been actively involved in the U.S.-led mission against the Islamic State. The United Kingdom, in particular, has been a major contributor of troops to the U.S. mission in Afghanistan and has almost doubled its forces in the country over the past year at the request of the United States.

France, on the other hand, withdrew its combat troops from Afghanistan in late 2012. But Paris has remained active in operations throughout sub-Saharan Africa, oftentimes alongside U.S. forces. In a May operation, two members of the French special operations forces died freeing an American hostage in northern Burkina Faso. And in October 2017, French forces came to the rescue of U.S. troops who were ambushed in Niger. These contributions notwithstanding, the United States has struggled to mobilize London and Paris in many of the areas in which Washington has sought further allied reinforcements — namely, in Syria and the Persian Gulf.

Ever since Trump unexpectedly announced plans to withdraw U.S. troops from Syria in April, the White House has tried to petition its allies to increase their presence in the country to ease the transition. However, the United Kingdom and France — and all U.S. allies, for that matter — hesitate to maintain forces in Syria absent a U.S. presence for fear of being left without support in a theater in which their troops could easily come into contact with Russian, Turkish and Iranian forces. As a small concession, Paris and Berlin recently pledged to increase their troop contributions in Syria by 10 percent. But this, of course, is still far from the commitment Trump needs to fulfill his pledge to withdraw all U.S. forces from the country. 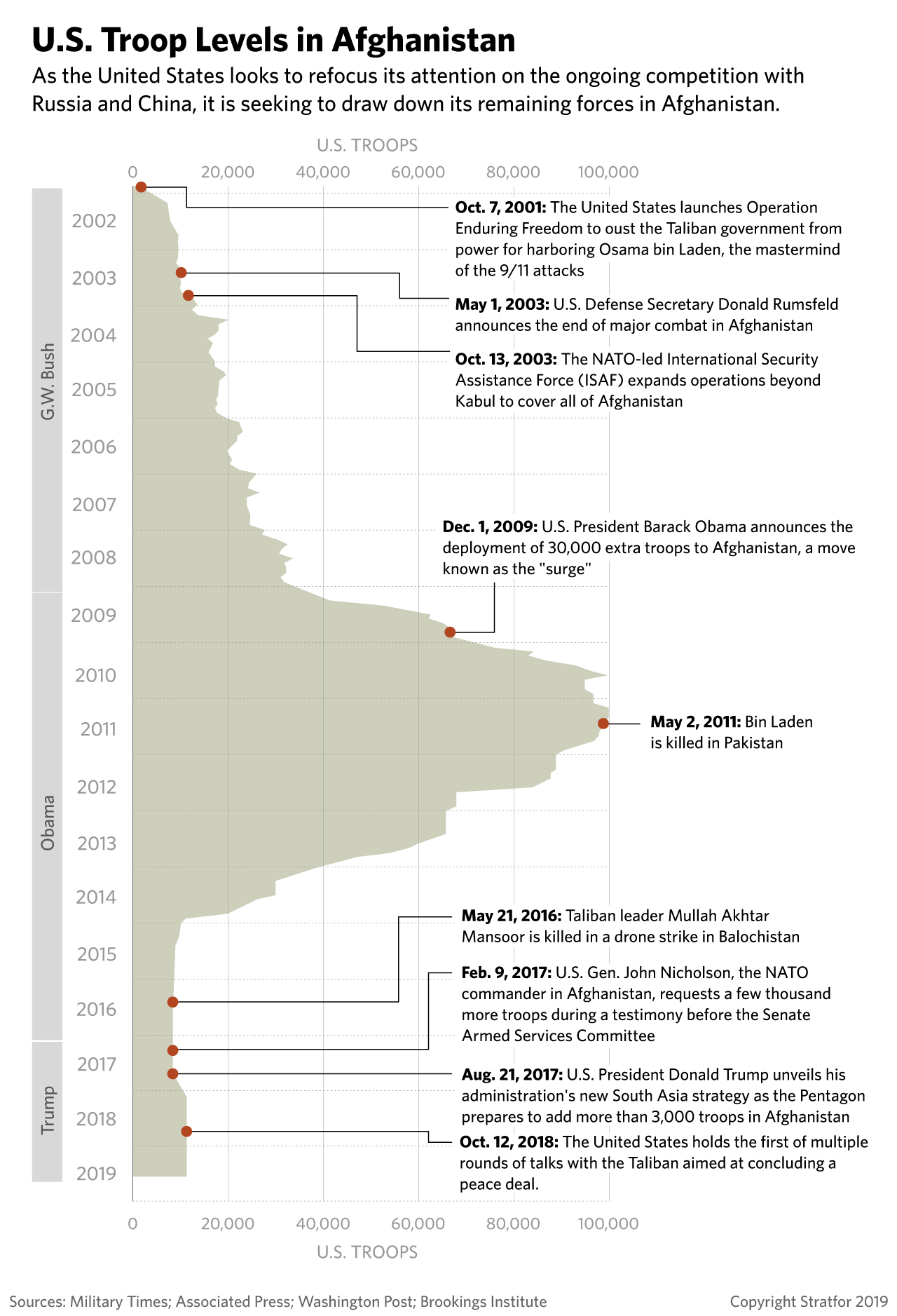 A similar story applies to the Persian Gulf. Following a series of Iranian-linked attacks on oil transport ships in July, Washington has attempted to marshal a coalition of regional and global allies to better secure tanker traffic and act as a deterrent against future Iranian aggression in the region. However, ever since Trump decided last year to abandon the 2015 Iran nuclear deal — known as the Joint Comprehensive Plan of Action (JCPOA) — most of Washington's global partners have been highly skeptical of its approach to Tehran. And as a result, even the strongest U.S. allies have resisted supporting Washington's proposed security and surveillance initiative in the Persian Gulf, known as the Sentinel program, for fear of being dragged into a full-blown conflict with Iran.

The United Kingdom, however, has been more directly implicated in the Iranian tanker tensions in the Persian Gulf, with Tehran seizing a U.K. vessel on July 20 in response to London's earlier seizure of an Iranian tanker in the Strait of Gibraltar. And thus, unlike other countries, London has openly recognized the need for a naval escort task force in the region. But instead of supporting the U.S. Sentinel program, the United Kingdom initially sought to launch a Persian Gulf security and surveillance initiative of its own, which has so far earned the tentative backing of France, Italy and Denmark. But this began to change following the recent appointment of U.K. Prime Minister Boris Johnson, who has a closer relationship with Trump and whose administration is realizing the limits of implementing a security program in the Persian Gulf without U.S. support.

In addition to France and the United Kingdom, Germany, too, has long been a loyal U.S. military partner. The country, home to Europe's largest economy, currently provides excellent military facilities for U.S. troops and contributes the second-largest contingent of troops in Afghanistan (after the United States). But like its European peers, Berlin also remains concerned over the direction of U.S. leadership in the Middle East. And this, combined with limited public support for significant military engagements abroad, is why Germany was quick to turn down U.S. requests to send troops to Syria or to join with the Sentinel operation in the Persian Gulf.

A number of other, smaller European countries — namely Poland, Estonia, Latvia, Lithuania and Georgia — remain much more willing to contribute to U.S. military efforts around the world. These countries are, by no coincidence, particularly concerned over the threat of a potential clash with Russia. And thus, they do their best with what resources they have to help the United States in its missions abroad, with the expectation that Washington would return the favor should they ever need help against Moscow. But unlike France, Germany and the United Kingdom, the problem these countries face is not one of reticence, but of capacity. 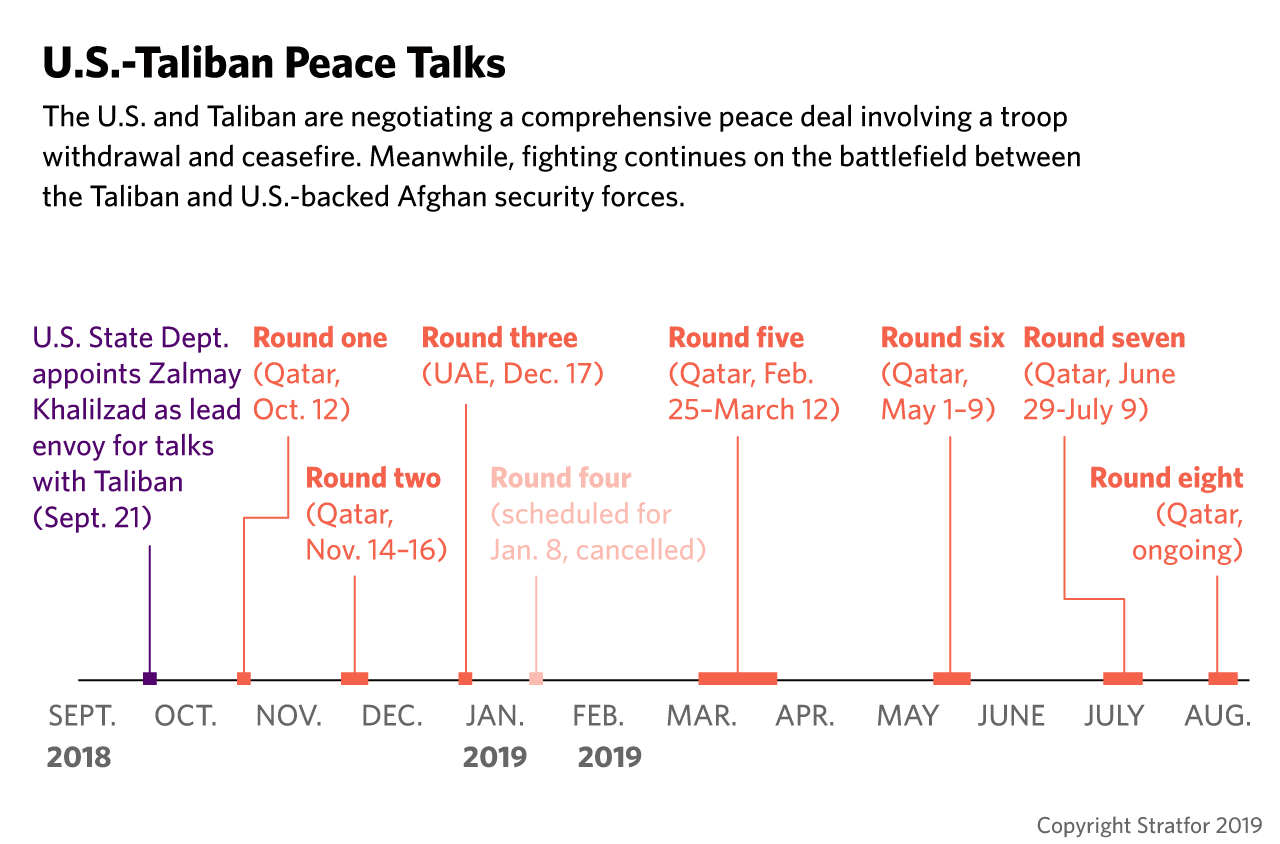 Relative to its size, Georgia already contributes disproportionately to U.S. efforts in Afghanistan. In total, the number of Georgian personnel currently deployed there nearly matches U.K. and German levels. This despite a population a fraction of their size (Georgia has 4 million people, compared to 83 million in Germany and 66 million in the United Kingdom). But the same factors that compel these Eastern European and Baltic countries to partake in U.S. military endeavors is also what constrains their ability to spread themselves much further. In other words, what military strength they haven't already devoted to helping the United States is needed at home to defend against Russia.

But the roster of U.S. partners, of course, extends far beyond the West. Washington has several powerful allies in the Asia-Pacific, including Japan, South Korea and Australia. Japan's robust navy, for example, would be of great aid in fending off Iran in the Persian Gulf. But like Washington's European allies, Japan remains wary of U.S. intentions and has so far declined to lend its support to the Sentinel program. That said, even if Tokyo was more willing to help, Japan's relatively pacifist population and constitutional limits still constrain its ability to conduct extensive foreign military missions.

South Korea's growing expeditionary capabilities, meanwhile, make it an increasingly attractive partner for U.S. missions in the Middle East and beyond. But for now, Seoul remains primarily concentrated on threats from North Korea and is thus unlikely to sanction significant external missions beyond the dispatch of token forces. And finally, Australia's military alliance with the United States has strengthened in recent years, with Canberra contributing significantly to several U.S. missions in the Middle East. But Australia's relatively small military limits the extent to which it can reinforce Washington's global military priorities.

Though perhaps most importantly, Australia — like many of Washington's most willing partners — already has its hands full facing off against the very threats that the United States wants to focus on. China's increasingly powerful military, along with its growing economic influence in the Pacific, will compel both Australia and Japan to keep the majority of its forces closer home. And likewise, Russia's aggressive regional activities and expansionist plans will compel Eastern European countries to remain focused on their own territory. So while the United States may have trouble soliciting additional support to close out its ongoing commitments in the Middle East, it is likely to find willing partners to work with it against Moscow and Beijing.