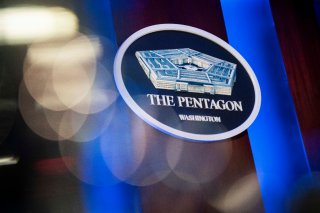 What kinds of innovative technologies does our military need to prevail in the battle for influence in a globally competitive environment? While the United States has been developing digital technologies and deploying them widely in defense, we have lagged in the application of the real efficiencies and effectiveness of thinking digitally. We need to stop talking about networks and distributed machine intelligence—and start thinking and organizing our thinking and organizing around these principles.

We need, as Chris Brose, the author The Kill Chain: Defending America in the Future of High-Tech Warfare, has observed in his astute book, to move away from fixed platform strategies, such as depending upon land bases like Guam or supercarriers, which an adversary like the Chinese can target and disable. We need a more distributed network of offensive and defensive weapons that require fewer operators and more unmanned weapons.

That will enable the United States to stay on the cutting edge of strategic thinking, use its resources more efficiently, and better able to counter adversaries like China who are thinking along these lines. Brose makes a powerful point in arguing that it’s vital to deprive rivals of the ability to concentrate their sensors and shooters on a few big targets. Instead, they would have to find and attack many things over larger spaces. The United States could thus impose costs on its competitors rather than allowing them to impose costs on us. Every dollar they spend on more sensors and weapons to target U.S. systems is a dollar they cannot spend on new offensive capabilities.

SecDev Group CEO Rafal Rohozinski has argued that “we also need rapid sense-making to cut through the digital fog in the overwhelming mass of information that is collected, and increasingly shaped by adversaries. That has profound implications for operational impact. We need agile methods using AI to rapidly ascertain a circle of probability of what is truth or dependable around each event.” SecDev has applied its sense-making methods and technology to empower decision makers in government and some of the biggest names in the tech industry to assess risk and opportunity from the activity of extremists online, disinformation from state actors or proxies, to quantifying digital and cybersecurity risk.

These examples illustrate how to meet the broader challenge that confronts us. We need to understand that prevailing in the next armed conflict requires that we move beyond the thinking that may have produced a desirable end-state in yesterday’s conflicts. Brose got it right: focus on the kill chain. This applies to secure communication technology and systems that empower individuals in a flexible, agile way. It applies to a move away from a focus on acquiring data to one that makes sense of what the data is telling us and using secure communications in a battlespace to use that data operationally.

As Congress considers how it budgets for the military, that approach makes more sense for the future than simply improving upon what we have done in the past. When Steve Jobs told Apple customers to think differently, he was ahead of the game. Today, we talk about that need. But adversaries like China and Russia are doing. It’s time for the United States to stop buying digital and start thinking digital. Only that will ensure that we maintain thought leadership that deals with how our adversaries are changing the rules and scope of global competition and armed conflict, and that can enable the American to prevail in both.

James P. Farwell is a national security expert who has advised the U.S. SPECIAL OPERATIONS COMMAND. He is the author of Persuasion & Power (Washington: Georgetown U. Press, 2012) and The Pakistan Cauldron (Washington: Potomac Books, 2011). The opinions expressed are his own and not those of the U.S. Government, its departments, agencies, or COCOM.