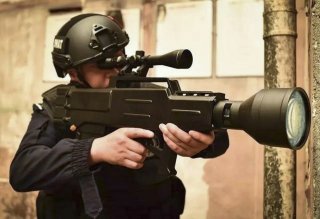 The nation’s top scientists affiliated with the U.S. military are currently looking at the viability of a secretive new project called “Assault Breaker II,” which has the potential to ward off any future lethal attacks by the Russians or Chinese.

This particular project rarely receives attention in public forums. But one such instance happened earlier this week during an online presentation by Terence Emmert, who for the time being is performing the duties of the U.S. under-secretary of defense for research and engineering.

“Assault Breaker II (is a) very promising approach to how we can get out in front of our strategic competition,” Emmert was quoted as saying by Aviation Week reporter Stephen Trimble. “If we do it right, we won’t need an Assault Breaker III.”

According to a 2019 congressional briefing by Steven Walker, who at the time was the head of the Defense Advanced Research Projects Agency (DARPA), which oversees the project, Assault Breaker II is a set of “new warfighting operational constructs based on new and emerging technologies and capabilities.”

The original Assault Breaker initiative launched in the 1970s, with DARPA describing it as an integration of “a number of technologies—including lasers, electro-optical sensors, microelectronics, data processors, and radars.”

“Over a four-year period, Assault Breaker laid the technological foundation for several smart-weapon systems that were ultimately fielded with high success,” it added.

With potential threats by the Russian and Chinese militaries in mind, the Pentagon appears to want to build upon those technologies and develop new ones via next-generation sensors, munitions, and network technologies to stop in its tracks any deadly foreign attack.

According to a 2017 report by the Defense Science Board, Assault Breaker II is a “capability, on short time scales compared to our adversary’s ability to succeed, to strike and render ineffective our adversary’s assets . . . that are necessary for their strategic success, and to continue to deny that success until the U.S. and its allies can bring their traditional capabilities to bear.”

The potential targets could include ships, air-defenses, headquarters, tanks, and supply depots, among others, the report added.

There is, however, a relatively simple way for both Moscow and Beijing to maneuver past Assault Breaker II.

The enemy “always has the option of imposing additional costs by simply adding more forces to the fight,” the board noted.