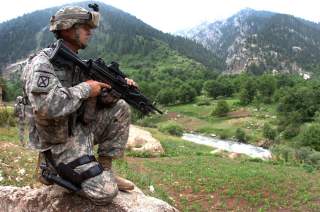 Amphibious assaults are usually a component of major conflicts, and when major world players start training on “world war”-style tactics, it is hardly ever a good sign.

However, such is the case in both the East and West, where the US and Russia seem to be ramping up for potential operations near shorelines.

Firing field guns from landing craft, the exercise was the first of its kind in decades, and the first for the 111th since D-Day, 1944.

According to The Drive, select Landing Craft Mechanized Mk 8s from the 11th Transportation Battalion, the 111th pulled up onto the shore and began pounding selected targets with accurate artillery fire.

Meanwhile, in Russia, the nation’s shipbuilding industry has begun to pump out a fleet of new warships, including several landing ships and 10 nuclear submarines.