The U.S. Navy’s Next Big Warship Could Look Just Like This 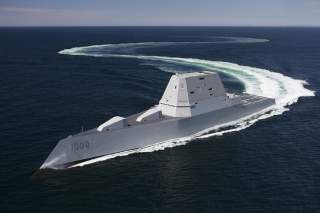