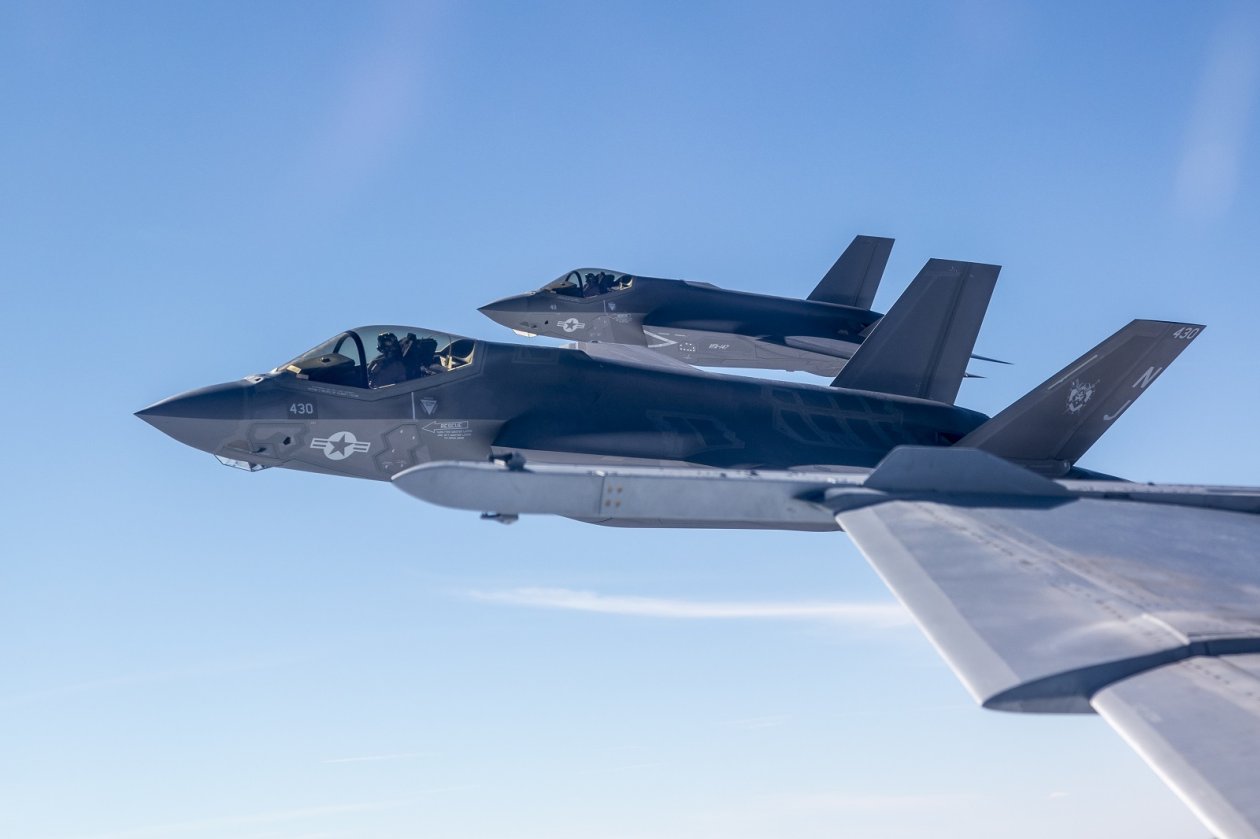 The Navy’s first-of-its-kind carrier-based drone has been performing advanced ground testing exercises in preparation for its first flight as soon as this year, a process intended to introduce new attack tactics for the service and substantially improve the “strike” reach of aircraft carriers.

The promise of this emerging refueler drone, which will enable F-35Cs and F/A-18s to nearly double their attack range, is expected to bear prominently upon the Navy’s future plans regarding carrier designs, strategies and new technologies. Demonstrator aircraft of the Boeing-built MQ-25 have been undergoing a range of tests, and Boeing developers have announced that accelerated progress with the aircraft may speed up initial flight-testing. Last year, the Navy chose Boeing for the next phase of development of the new drone.

This testing and preparation phase, described by Navy developers as an Engineering, Manufacturing and Development stage, will begin with carefully executed ground testing. This testing will likely seek to closely replicate the fast-changing, difficult conditions which complicate carrier landing to the largest degree possible.

“The government/industry team are working closely to manage test schedule and expects to be in flight test by 2021 and meet initial operational capability by 2024,” Capt. Chad Reed, MQ-25 Program Manager, told Warrior Maven in a written statement.

While flights for this new EMD phase of development are slated for 2021, Navy officials tell Warrior the first flight will, in fact, be this year.

While Reed’s statement identified the upcoming test phase as lasting up to six years, rapid progress could, according to numerous reports, speed that up. One key factor with this, as reported by Seapower Magazine, is that the acquisition process is using a large degree of “digital modeling.”

On-board human pilots may have occasion to make quick sudden adjustments and maintain focus on the “fresnel lens” - a series of lights intended to direct a landing aircraft into a safe and accurate “glide slope” onto the carrier deck. These tasks, however, are known to be much more difficult for human tele-operated flight controllers or semi-autonomous drones driven by algorithms. Essentially, there are challenges fundamental to carrier landings known to rely heavily upon human problem-solving faculties and cognition.

Nonetheless, an aerial refueler will massively extend the attack range of carriers, potentially enabling them to launch a high volume of attacks while safely beyond the reach of the often discussed Chinese “carrier-killer” anti-ship guided missiles. These weapons, such as the DF-21D and DF-26, are reported to have an ability to reach targets at ranges out to 900 miles.

For instance, if a carrier-launched fighter has a current range of somewhere between 300 and 500 nautical miles before needing to turn around, doubling that with an aerial refueler could greatly improve power-projection attack options for ship commanders. This not only brings the possibility for carriers to attack farther off an enemy coastline, but also enables carrier-launched fighters to stay longer on-station during missions or destroy targets much farther inland than may have been previously possible.

While next-generation “layered” carrier defenses now in-development, such as advanced electronic warfare, laser weapons or much longer-range sensors will undoubtedly improve a carrier’s ability to operate in high-threat areas. At the same time, shock trials have shown over the years that missiles simply landing “near” a carrier can cause serious problems. Therefore, an anti-ship missile such as a DF-21D could cause substantial damage to a carrier platform - even if it does not directly hit the ship. In effect, should an enemy missiles’ guidance system be jammed, derailed or intercepted in the vicinity of a carrier, it might still bring significant risks.

Given these factors, a carrier-launched refueler still brings unparalleled, even potentially indispensable advantages to future attack options. Even if, for the sake of discussion, advanced carrier defenses will enable a carrier to operate at-will -- essentially at any chosen range or attack position -- having an aerial refueler will open up an entirely new sphere of targets for carrier-launched fighters.