This U.S. Navy Battleship Fired Its Guns at Point Blank Range on a Japanese Warship 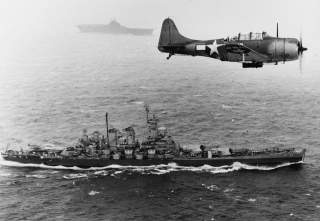 Washington subjected Kirishima to a withering, point blank barrage of sixteen- and five-inch shells, reducing it to sinking condition in about ten minutes.