The U.S. Navy Is Developing Robot Warships for Fighting China 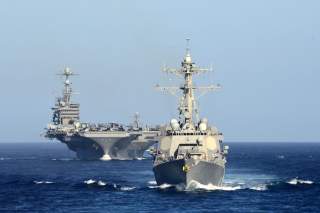