The U.S. Navy Might Never Get Its New Destroyer 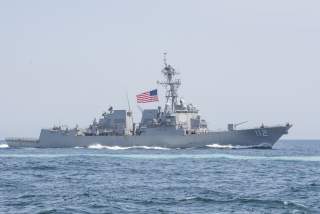