This U.S. Navy Submarine Terrified Russia for a Simple Reason 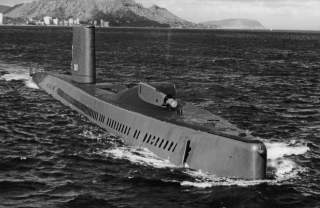 Halibut and her crew were awarded a Presidential Unit Citation, for “several missions of significant scientific value to the Government of the United States.”