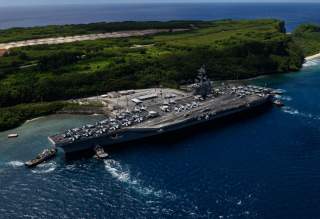 Projected advances in sensor technology, as Greenert noted, will “make stealth difficult to maintain above and below water.” So, too, will the increasing range and precision of hypersonic weapons and the disabling stealth of deniable cyber-attacks. At that point, going into the 2050s and 2060s yet a different force structure and battle concept will be required.

One thing is certain, however. The aircraft carrier will not be the relevant weapon in the second half of the century. Continued overinvestment in them only ensures that the nations and possibly non-state groups that understand the future will be the ones that control the waves.