The U.S.-Saudi Alliance Is More Important Than Ever 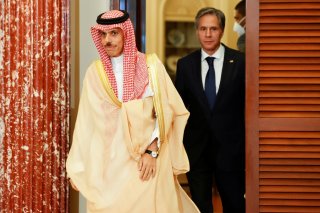 U.S.-Saudi relations are currently at a low point. Over the past seven decades, however, the U.S.-Saudi alliance has proved remarkably resilient to many challenges due to the existence of a shared overarching strategic vision within which common interests can be pursued and conflicts addressed. Nevertheless, the dissipation of this strategic vision during the past decade has contributed to the current decline in relations.

To understand the current situation, one has to understand the nature of the U.S.-Saudi strategic partnership. Despite their differences, the United States and Saudi Arabia have built an enduring strategic partnership based on mutual concern for regional security, oil market stability, and sustainable development. Characterizing the relationship as an “oil-for-protection” deal is misleading given that the United States rarely intervened to protect Saudi Arabia. Moreover, the two countries have cooperated effectively on a wide range of critical non-security issues.

Although the two countries signed a Mutual Defense Agreement in 1951, the United States refrained from militarily intervening during the border disputes Saudi Arabia faced throughout the 1950s and 1960s. In 1952, President Harry Truman refused to use force to end Saudi’s eastern border dispute with Great Britain, then the protectorate power in the Gulf. The United States’ interest was to avoid conflict with Great Britain, as the former’s growing regional influence was eclipsing that of the latter.

The U.S.-Saudi relationship was unperturbed by this pragmatism. In 1957, King Saud was the first Arab leader to be received by President Dwight Eisenhower in the White House. His visit coincided with the announcement of the Eisenhower Doctrine, which declared that the United States would commit economic and military force to protect any Middle Eastern country “against overt armed aggression from any nation controlled by international communism.” However, when the Soviet-backed Yemen Arab Republic threatened the southern borders of Saudi Arabia in 1962, the United States declared that it would not be “directly involved in military aid.”

Saudi Arabia has pursued an independent foreign policy based on its national interests and strategic considerations of regional stability. Despite its growing ties with the United States, Saudi Arabia participated in the Arab oil embargoes following U.S. involvement in the 1967 and 1973 Arab-Israeli wars.

Despite these challenges, the United States and Saudi Arabia acted to overcome their differences and strengthen their partnership. During the 1980s, their values and interests overlapped in curbing communist and revolutionary Iranian influence in the region. Saudi Arabia’s unique place in the Arab and Islamic worlds was crucial in preventing the spread of communism in the region. Furthermore, the volume of Saudi oil gave Riyadh great influence in the global energy market. In the late 1980s, according to the Council on Foreign Relations, “the Kingdom’s ability to quickly boost production caused oil prices to plummet by more than 60 percent over a six-month period. The drop severely hurt the Soviet Union’s oil revenues in the years before its collapse.” The U.S.-Saudi partnership culminated in 1990 when the Kingdom hosted a U.S.-led international coalition to free Kuwait from Saddam Hussein.

In 2001, the 9/11 terrorist attacks presented another challenge to U.S.-Saudi relations. However, the two countries dealt with the situation in a strategic rather than an ideological manner, working closely together to combat international terrorism. In his memoir, George Tenet, the former director of the Central Intelligence Agency, observed that “the world is still not a safe place, but it is a safer place now because of the aggressive steps that the Saudis began to take. They arrested, captured, or killed many (if not all) of the senior al-Qa’ida operatives involved in the plotting.”

While Saudi Arabia has maintained an unambiguous commitment to its strategic partnership with the United States, at the end of the Cold War, the United States started to abandon the overarching strategic vision that traditionally aligned its interests with Riyadh’s.

This is evident in the fundamental contradictions in U.S. foreign policy since 2003. President George W. Bush characterized Iran, North Korea, and Iraq as “an axis of evil, arming to threaten the peace of the world.” President Barack Obama alienated U.S. allies in the Gulf and signed a “deal” with Iran, reversing thirty-six years of U.S. policy toward revolutionary Iran.

Three years later, President Donald Trump scrapped the Iran deal, expressed support to the U.S. Gulf allies, and questioned the value of NATO. When major Saudi oil installations were hit by a drone strike, the Trump administration blamed Iran but did nothing about it. In 2021, President Biden inherited a complex legacy. From the get-go, he took several actions to undo his predecessor’s legacy and recalibrate the U.S.-Saudi partnership.

The lack of a consistent U.S. foreign policy and a clear overarching strategic vision has confused allies and reduced U.S. global influence. U.S. policy towards the Middle East, and Saudi Arabia in particular, has been driven by the perception of the decline of the geostrategic significance of the region. The reality of Russia’s war on Ukraine has proven this perception wrong. In today’s world, the U.S.-Saudi partnership is more important than ever. The United States is still the most reliable great power that could help stabilize the Middle East. Saudi Arabia remains instrumental in confronting Iran, stabilizing the oil market, offering counterterrorism support, discrediting religious extremist ideologies, and helping support the U.S. dollar as the world’s reserve currency. If the United States is to design a strategic approach based on sober facts, it must factor in the role of Saudi Arabia.

Dr. Saad Alsubaie is a researcher in international security and a Distinguished International Security Fellow at the National Council on US-Arab Relations. Currently, he teaches at King Abdullah Command and Staff College in Riyadh.