U.S. Sends Ambassador to Sudan for First Time in 25 Years 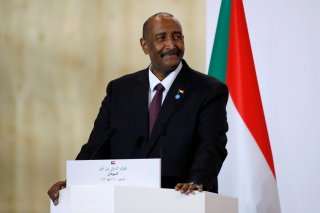 John Godfrey, the United States’ first ambassador to Sudan in more than a quarter of a century, arrived in Khartoum on Wednesday, marking the most recent sign of a thawing relationship between the two countries after Sudan’s removal from the U.S. State Department’s state sponsors of terrorism list in 2020.

“I am delighted to arrive in Sudan,” Godfrey wrote on Wednesday in a tweet. “I look forward to deepening relations between Americans and Sudanese and to supporting the Sudanese people’s aspirations to freedom, peace, justice, and a transition to democracy.”

The United States has long maintained a contentious relationship with Sudan. Washington’s relationship with Khartoum grew particularly acrimonious under the leadership of Sudanese dictator Omar al-Bashir, who ruled the country from 1989 to 2019 despite being indicted by the International Criminal Court. In Bashir’s first decade of rule, Sudan developed close ties to Al Qaeda and other Islamist militant groups and sheltered Osama bin Laden after his exile from Saudi Arabia from 1992 until 1996. The United States designated Sudan as a state sponsor of terror in 1993 after it emerged that Bashir had harbored militants from Hezbollah, Islamic Jihad, and the Abu Nidal Organization. Following the designation, Washington imposed heavy sanctions on Khartoum, largely isolating the Sudanese economy from international markets.

Bilateral relations between the two countries reached their nadir in August 1998 after the administration of President Bill Clinton ordered the bombing of Sudan’s As-Shifa pharmaceutical factory, which it wrongly claimed had been used to produce chemical weapons for Al Qaeda. In the second half of the 1990s, however, Bashir worked to rehabilitate his image abroad and ordered bin Laden and other militants to leave Sudan. Many of them subsequently found shelter in Afghanistan, where they fought against the United States during its invasion in 2001. Relations between Sudan and the United States improved again after Bashir was overthrown in 2019, and the Trump administration removed Sudan from the state sponsors of terror list after it unofficially joined the Abraham Accords and agreed to recognize and normalize relations with Israel. However, Washington and Khartoum again fell out after Sudanese general Abdel Fattah al-Burhan overthrew the transitional civilian government in a coup d’etat in October 2021.

Sudan’s current political status is contested. While Burhan maintains power, Khartoum has been rocked by nonviolent protests over the past year, largely organized by the Forces for Freedom and Change (FFC) opposition coalition. Burhan has also committed in principle to a future civilian government replacing him, although he has not specified the timetable or precise mechanism for that transition.