USS Missouri: The Battleship Japan Surrendered On (And the Ultimate Warship?) 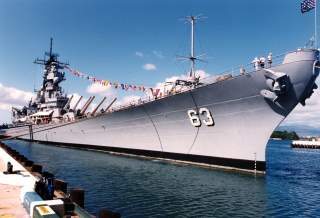 Key Point: All of the late American battleship designs combined a grim practicality with a streamlined aesthetic. Because of their length and narrow lines, the Iowas were the pinnacle of the effort.