In Utah You Can Carry a Gun Without a Permit 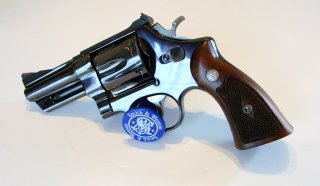 Last Friday, Utah Governor Spencer Cox signed five bills into law, including HB 60, which makes it legal to concealed carry a firearm in the Beehive State without a permit. The bill, which was sponsored by Rep. Walt Brooks (R-St. George), specifies that those who carry a concealed weapon must be over twenty-one years of age and be legally allowed to possess a firearm.

An amendment to the bill also directs leftover money from the state’s “concealed weapons account” to go toward suicide prevention and education about safe firearm storage, KUTV news reported.

The news of the passage of the bill into law was hailed by the National Rifle Association’s Institute for Legislative Action (NRA-ILA).

“There is no reason a law-abiding person should have to ask for permission to carry a firearm for self-defense,” said Jason Ouimet, executive director, NRA-ILA. “The passage of this bill demonstrates Utah’s commitment to protecting the Second Amendment rights of its citizens. We thank Gov. Cox, Rep. Brooks, and all who supported this important bill.”

The passage of the Utah law comes just two weeks after the Montana Senate also passed Permitless Carry legislation and sent House Bill 102 back to the state House for a concurrence vote. The Montana House subsequently concurred and sent the bill to Republican Governor Greg Gianforte for signing.

The soon-to-become law will allow residents of the Big Sky state to carry concealed firearms without a permit in most locations, and with a permit in state and local government buildings. The law also limits universities’ ability to regulate firearms on campus.

Tennessee could be the next state to allow for permit-less handgun carry as Governor Bill Lee has pushed for an expansion of laws in the Volunteer State. Lee, a Republican, has said the bill would be a priority in 2021 while supporters said it would allow everyone to participate in their right to carry a firearm for self-defense.

However, Tennessee State Rep. Mike Stewart (D-Nashville) has argued that the law could allow people to carry a gun even if they’d had legal troubles in the past.

Many gun control groups have also taken aim at the permitless carry, and that included the grassroots Everytown for Gun Safety, which noted on its website, “it is legal to carry a concealed handgun in public in all 50 states. The vast majority of states require a person to have a permit to carry a loaded, concealed handgun in public. Although standards and processes vary, most states require applicants to pass a criminal background check, complete safety training, complete live-fire shooting exercises, and be a resident of the state.”

However, what that line of thinking fails to address is that criminals who would use a firearm for illicit purposes, including criminal activity, wouldn’t be dissuaded by the need for a permit. Cities that have banned handguns, including Chicago, have seen an increase in handgun violence in recent years.