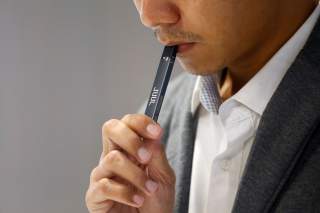 The accusation that vaping doubles heart attacks was always suspicious, and now the paper underpinning the ludicrous claim has been retracted. When asked to explain some of the very odd findings the researchers could no longer find or access the relevant data.

Since it’s an issue involving tobacco, it’s somewhat easy to get away with claims such as these. And since vaping is not safe, it’s apparently fine to lie about how harmful it really is.

I saw the story on twitter just below an FDA tweet claiming there were more than 30,000 secondhand smoke coronary disease deaths in the US last year and other years as well. It reminded me just how unreliable the data are for this claim as well. One has to vastly manipulate the data and make all sorts of assumptions to get to this conclusion. The trend to exaggerate the harm of secondhand smoke began at least 25 years ago. Original studies found very little elevation of risk from secondhand smoke. But by pooling all the data and ignoring the way data was collected it was easy to exaggerate the dangers.

I recall studying the nine criteria for linking correlation with causation as proposed by Sir Austin Bradford Hill, the noted British epidemiologist. In order to get to 30,000 coronary disease deaths a year from secondhand smoke, you would have to ignore well over half of these criteria.

Smoking is bad for you, breathing in other people’s smoke isn’t good either, but disregard for good epidemiology is a slippery slope. Let researchers get away with it for tobacco, and they’ll be tempted for in any other area where oversight and replication of evidence is not demanded.