Venezuela’s Dictator Stole from this Company. Now, America’s Government is Stopping Justice From Being Served 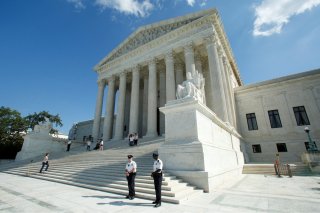 Since the sad days of the Chavez regime, the Venezuelan people have had to deal with wanton expropriations and confiscation of their hard-earned property. Dictator Hugo Chavez would tour Caracas, the capital city, pointing his finger at stores and buildings directing his staff to take them over from their rightful owners. Thousands of companies both small and large, foreign and Venezuelan, were wiped out of existence as the Venezuelan government took them over and ran them to the ground.

Finally, one of the victims of the robberies of Venezuela’s late dictator Hugo Chavez—mining company Crystallex—is getting its day in court. But the U.S. Treasury Department is standing in its way. For the sake of property rights across the globe, the Trump administration must allow justice to be served.

When Chavez rose to power in 1999, many naively saw him as a cure for the nation’s ills, and surging oil prices helped paper over the problems caused by his socialist policies. But all the natural resources in the world couldn’t make up for the terrible consequences of socialism and Chavez knew that something had to be done to prop up his failed regime once he lost popular support. His desire to stay in power led him to bribe the military and involve them in corruption schemes so they were happy to oppress freedom-loving Venezuelans seeking to oust him and later Maduro.

To achieve this, the South American dictator confiscated the property of his citizens and set his sights on foreign-based companies operating within Venezuela’s borders.

Such was the case of Canadian mining company Crystallex, which employed hundreds of Venezuelans. Crystallex was granted mining rights in the “Mina Las Cristinas,” whose gold reserves of nearly 17 million ounces are valued in the billions of dollars. The company spent millions of dollars in feasibility and environmental impact studies, invested in infrastructure, hired workers, provided training programs, built a healthcare facility, constructed a water treatment plant, and built new sewer lines since 2002 only to lose all their investment when Chavez nationalized it without compensation months before the development of the mine was scheduled to occur.

After Chavez took it over, the mine became an essential part of the system of payoffs that keeps the regime in power. It’s now controlled by irregular armed groups, corrupt officials and members of the military who commit frequent human rights violations against the workers, including amputations according to Human Rights Watch.

Fortunately, some international institutions safeguard property against the violent whims of dictators. In 2016, the World Bank’s international arbitration facility in Washington ruled that the company is owed $1.4 billion in restitution by Venezuela’s government.

But now it’s 2020. It’s been four years since the World Bank ruling, and twelve years since the seizure of Las Cristinas mine, yet Crystallex has not received their due from Chavez’s successor Nicolás Maduro, nor by the U.S.-recognized president, Juan Guaido.

Since the World Bank ruling, numerous U.S. courts, including the Court of Appeals for the Third District, D.C. Circuit Court of Appeals, and most recently, the U.S. Supreme Court, affirmed Crystallex’s right to be compensated.

Last month, the Supreme Court denied to hear a case involving an appeal against Crystallex, effectively letting U.S. federal courts auction a $10 billion business called CITGO Petroleum Corporation owned by the Venezuelan government and operating here in the United States. Surely, Crystallex can be awarded a fraction of CITGO’s wealth to be repaid.

Yet the U.S. Treasury’s Office of Foreign Assets Control is not allowing this auction to happen and has yet to make a final decision on the matter. Officials are hoping to keep CITGO assets under the control of Juan Guaido’s government, who the United States has recognized as Venezuela’s president since 2019 in the hope they will use it to help Venezuela if Maduro is overthrown. But the likelihood of Maduro leaving power is sadly extremely low. Just like his Cuban allies, Maduro could last decades more in office and transfer power to another handpicked dictator like Chavez did.

If the Treasury continues blocking Crystallex from accessing the CITGO shares that U.S. courts have awarded them, they would set a devastating precedent for property owners around the world. Dictators mulling over expropriation in their own countries would be given the green-light to steal billions of dollars without ever having to pay them back if they set up “alternative” governments abroad.

It’s time for the Trump Administration to ensure that Crystallex gets its due. Entrepreneurs, not dictators or corrupt politicians, deserve to keep what they own and invest.