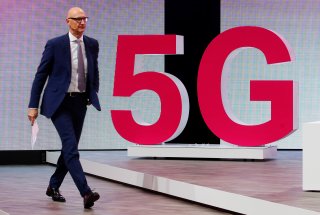 Most of the attention on the rollout of 5G, at least in its early going, has concentrated on what it means for smartphones. And while 5G will likely have an effect across the spectrum of devices, including the Internet of Things, most of the high-profile 5G products released thus far have been phones.

That’s now changed, with the impending arrival of the Lenovo Flex 5G. Available exclusively on Verizon in the United States, the Flex 5G is billed as the world’s first 5G Ultra Wideband laptop.

Like 3G and 4G/LTE-capable laptops of the past, the Flex 5G will allow users to use their computer on the go while connecting to 5G networks as opposed to going somewhere with available Wi-Fi.

Verizon’s 5G network remains in its early stages, although it will grow larger over time, and the device can also connect to both Wi-Fi and 4G LTE.

“The effortlessly portable 2-in-1 Flex 5G is an accessible alternative for mobile multitaskers, work-from-homers and road warriors who need faster and more reliable connectivity when streaming, real-time collaborating, video-chatting, gaming and file-transferring when you’re not connected to a strong, secure WiFi network,” the Verizon press release states. “Fold it in half and flip it over to transform the Flex 5G into a powerful tablet, perfect for taking notes, sketching designs or watching your favorite videos.”

The Flex 5G will be available on June 18 from verizonwireless.com. Along with the Flex 5G, Verizon is also debuting its 5G Ultra Wideband Connected Device Plan, which will cost $30 a month.

The device is priced at $1,399.99. According to The Verge, the product was introduced at CES, and was known at the time as the Yoga 5G, although it will continue to use that name in some markets.

Lenovo frequently used the “Yoga” name for products, especially tablet computers, during the time when actor Ashton Kutcher was involved with the company as an “engineer.”