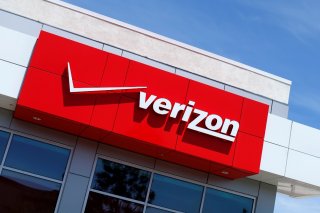 The cord-cutting trend continued to hit Verizon in the first quarter, as the company announced last week that it lost 78,000 Fios video subscribers in the first three months of the year.

Verizon did announce that it added 55,000 Internet customers in the first quarter, as well as netted another 112,000 new customers on the Verizon 5G Home service.

According to Leichtman Research, Verizon lost 283,000 Fios video customers in 2021, leaving it with about 3.6 million subscribers.

Per CNET, the big story from the earnings is that Verizon lost wireless customers as well, dropping 292,000 consumer postpaid phone subscriptions in the quarter. AT&T, in the same quarter, gained subscribers.

“While churn was steady, the competitive dynamics within the industry resulted in wireless retail postpaid phone net losses of 292,000, due to a decline in gross additions of 2 percent from prior year,” the company said in its earnings release.

Techdirt interpreted those wireless subscriber numbers as 5G having “landed with a thud.”

“Studies showing how the US version is notably slower than overseas 5G (and in fact often slower than the 4G networks you’re used to). Actual innovative uses for it are hard to come by, and by and large consumers couldn’t care less,” the site said of the next-generation wireless technology.

According to that analysis, customers seem to want “better coverage, and lower prices” more than they want high speeds.

“None of this is to say 5G isn’t important. It does provide faster speeds, lower latencies, and more reliable networks. But 5G was always a fairly unsexy evolution, not some amazing revolution,” Techdirt said. “Verizon marketing, desperate to suggest the latter, often utilized claims that 5G would do things like help cure cancer. This ultimately associated the concept of 5G with hype, bluster, and unfulfilled promises.”

The company did, however, post an 11.2 percent increase in wireless services revenue from the same quarter the year before, due to a combination of some consumers adopting more expensive plans and the company’s acquisition of Tracfone.

“At our Investor Day last month, we presented our strategy for investing in and growing the business to generate an incremental $14 billion of service and other revenue by 2025. The bottom-line performance of our results today shows the strength of our core business to deliver profitability, even during a period of significant investment,"  Verizon chief financial officer Matt Ellis said in the release. "We expect that over 75 percent of our growth over the next four years will come from 5G mobility and nationwide broadband. In the first-quarter, we saw growth in our wireless sales, customer loyalty, and rapid expansion of our fixed wireless product, fortifying our confidence in our growth prospects.”