Video Alert: Watch from Inside the Cockpit as the Blue Angels F/A-18 Hornets Takeoff 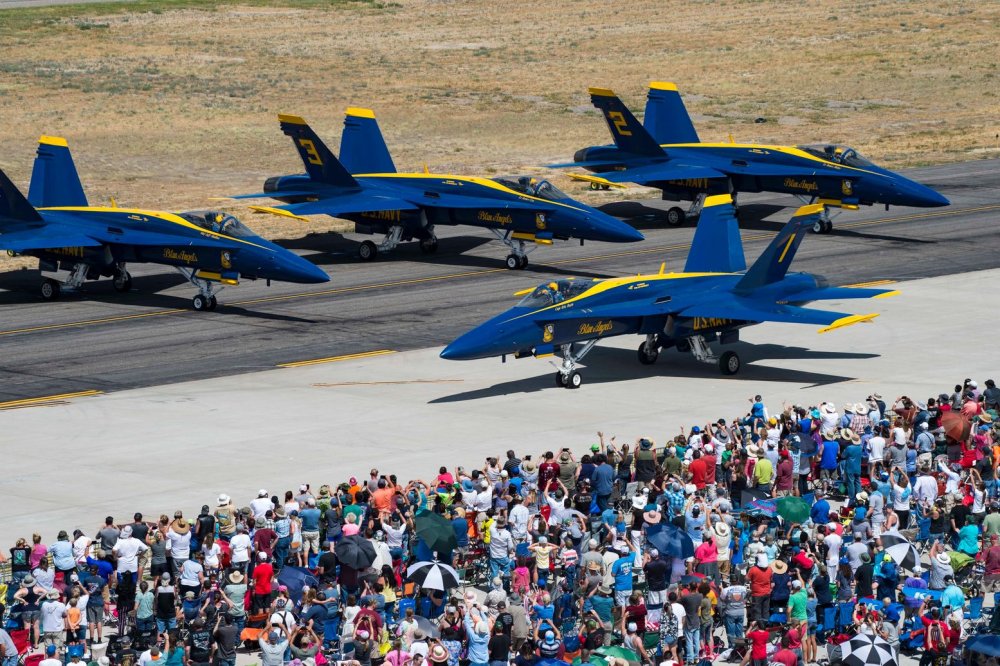 “In 1986, the team celebrated its 40th Anniversary by unveiling the Boeing F/A-18 Hornet, which we still fly to this day.”

Taken on Apr. 27, 2018 from inside the cockpit of Lcdr Nate Scott’s F/A-18, the following “MAX degree video” shows U.S. Navy Blue Angels Hornets takeoff at the Wings Over Myrtle Beach Airshow as seen from Blue Angel #4, the team slot position.

In 1946, the Chief of Naval Operations, Admiral Chester Nimitz, had a vision to create a flight exhibition team in order to raise the public’s interest in naval aviation and boost Navy morale.

In the 1940’s, the Blue Angels thrilled audiences with our precision combat maneuvers in the F6 Hellcat, the F8 Bearcat and the F9 Panther. During the 1950’s, the team refined its demonstration with aerobatic maneuvers in the F9F-8 Cougar and F-11 Tiger and introduced the first six-plane delta formation, still flown to this day.

By the end of the 1960’s, the Blue Angels were flying the F-4 Phantom, the only two seat aircraft flown by the delta formation. In 1974, the team transitioned to the A-4 Skyhawk, a smaller and lighter aircraft with a tighter turning radius allowing for a more dynamic flight demonstration. In 1986, the team celebrated its 40th Anniversary by unveiling the Boeing F/A-18 Hornet, which we still fly to this day.

The Hornet is the first dual-role fighter/attack aircraft and is still serving on America’s front lines of defense. The aircraft is a unique combination of high power and light weight, which gives this multi-mission strike fighter impressive maneuverability, climb rate, and acceleration – important both in combat and shipboard operations.

As with the McDonnell Douglas F-4J Phantom II used previously, the team was again able to perform the Dirty Loop maneuver in formation with the landing gear down – a maneuver still not performed by any other flight demonstration team in the world. The Hornet also allows the Blue Angels to perform maneuvers such as the Section High Alpha Pass, a slow, high angle of attack maneuver performed by both Solo pilots.