Want to Be A Chinese Army General? Pay in Cash. 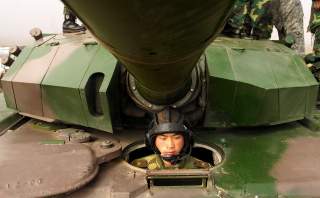